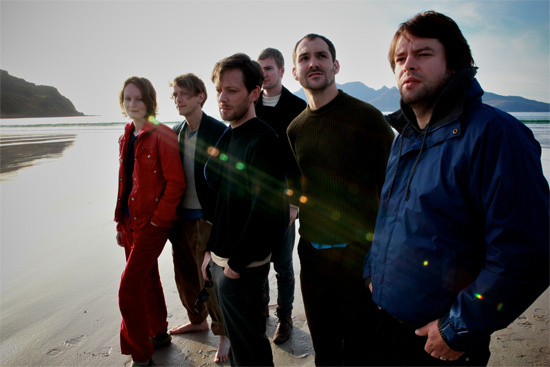 Brighton rockers BRITISH SEA POWER have announced a string of UK shows. The dates are set to feature local brass bands from around the country; including the Redbridge Brass Band and the Jaguar Land Rover Brass Band, in October and November. There will also be a ‘warm-up’ show with the NASUWT Riverside Brass Band at the Durham International Festival on 17 July.

Talking about the tour; which is titled the ‘Sea of Brass’ Tour, the musical arranger Peter Wraight said:

[quote style=’1′ cite=”]I wanted to create Brass Band arrangements which made full use of the forces within a 28-piece Brass Band. I didn’t want to lean on some of the pastoral associations with brass music but instead create something challenging for the players and hugely rewarding for the listener. It’s about playing with textures, and I am using a full percussion section to compliment the toned instruments and create drama and excitement.[/quote]

The tour is set to climax in Kendal; the home-town of three of the bands members on 08 November, however the venue details are being kept a secret until a later date.

Tickets for all the dates are on sale now with more information found here.