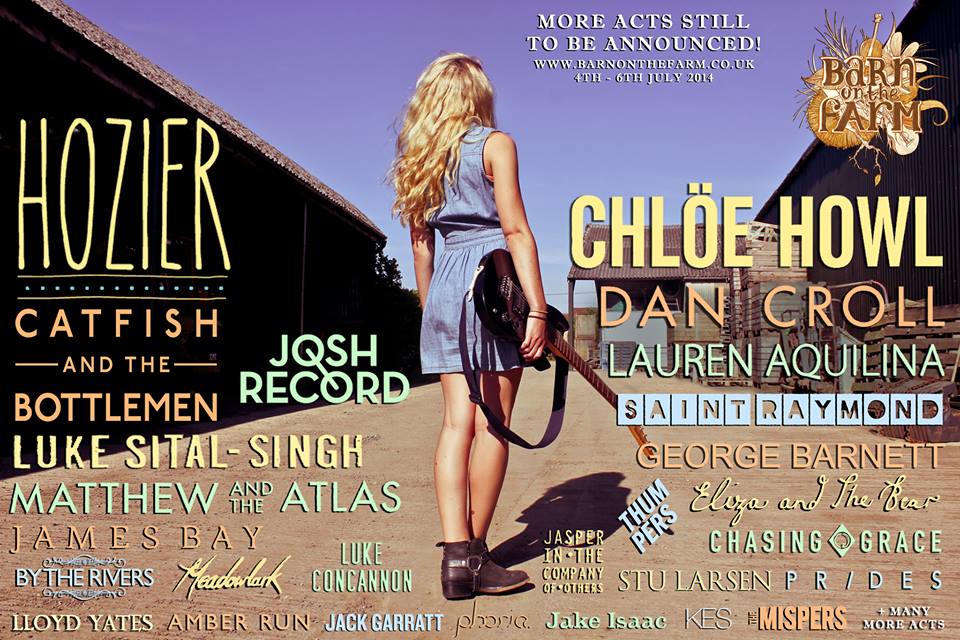 BRITs Critic’s Choice nominee CHLOE HOWL has been announced as the second headliner for BARN ON THE FARM FESTIVAL in Gloucester. She is set to join previously announced Saturday headliner Hozier at the top of the bill for the festival, which takes place between the 04-06 July.

Chloe was part of the second wave of acts announced for the festival which also included Saint Raymond and Luke Sital-Singh. Josh Record, Thumpers, James Bay, Stu Larsen and Prides also feature, along with thirteen more acts. Whilst three day camping tickets have sold-out, the festival still has Saturday to Monday camping tickets available for £80. You can find out more here.

Barn On The Farm is a two day music festival held at Over Farm in Gloucestershire. Since launching in 2010, the festival has played host to Bastille, Ed Sheeran, Lucy Rose, Ben Howard, Gabrielle Aplin and Benjamin Francis Leftwich.

The full list of artists announced so far for Barn on the Farm Festival is:

You can watch a highlights video for 2013’s Barn on a Farm Festival below.