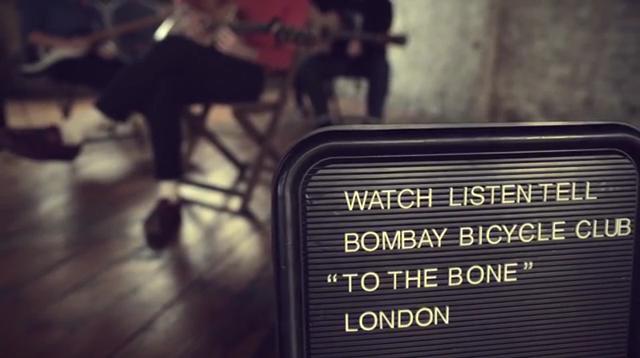 BOMBAY BICYCLE CLUB have recorded a Watch, Listen, Tell video for non-album track ‘To The Bone’. The track is set to be released as part of Record Store Day on 19 April.

The vinyl; which is limited to 1,000 will be available at independent record stores on a first come/ first served bases. The mark the release, the band have performed the track from youtube channel Watch, Listen, Tell; who featured the band in their early days performing the single ‘Dust On The Ground’ acoustically for the first time. The acoustic video channel have also captured Florence and the Machine, Lucy Rose, Half Moon Run and Two Door Cinema Club.

[quote style=’1′ cite=”]We’re releasing a limited edition 7” single for Record Store Day 2014 on April 19 (1000 copies). It features new songs To The Bone and Reign Down. To The Bone’s a song we recorded while making So Long, See You Tomorrow. We weren’t sure how it fit on the album but we really wanted you to hear the song so we decided to keep it back for its own release. Reign Down is the original demo version of the song So Long, See You Tomorrow.[/quote]

The album So Long, See You Tomorrow was released in February and was the Crouch End bands first UK number one album.