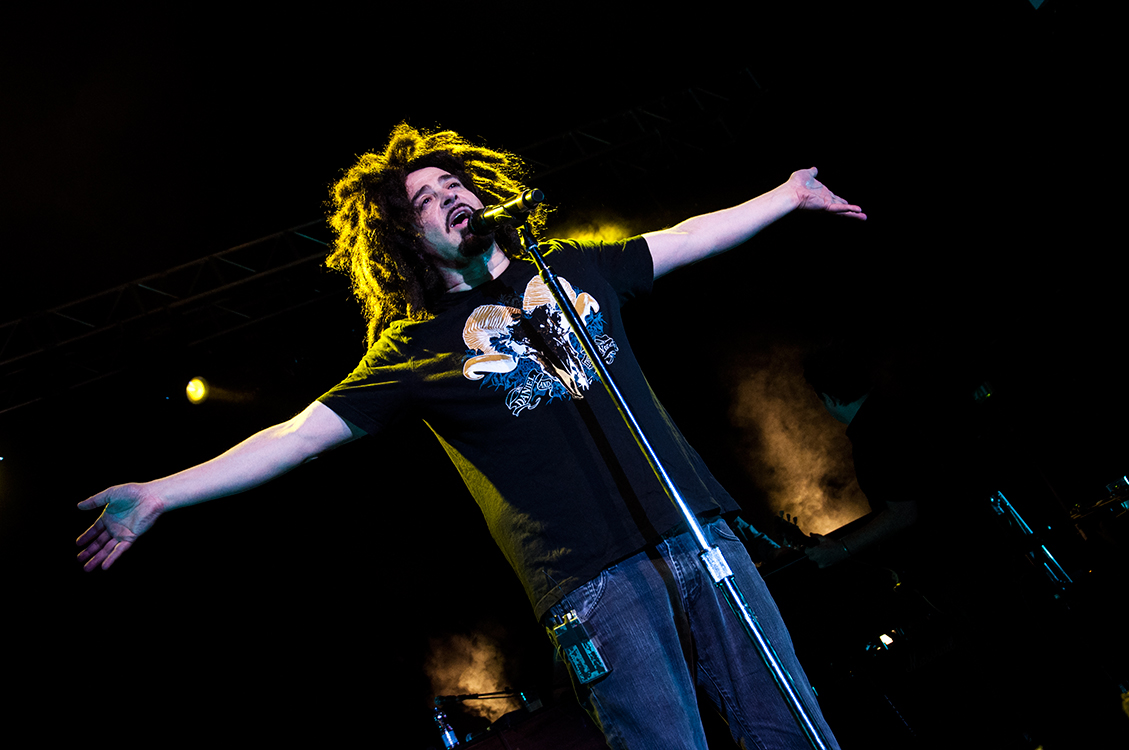 Californian rockers COUNTING CROWS kicked off the European leg of their Somewhere Under Wonderland tour with a return to Birmingham’s O2 Academy on Saturday night.

Once again talented singer-songwriter Lucy Rose opened up the night’s entertainment with a mix of tunes from both her 2012 debut album Like I Used To and songs from her forthcoming sophomore album.

As the lights dimmed down and a piano struck up the Bill Withers classic, ‘Lean On Me’ the near capacity crowd clapped and cheered as the Crows took to the stage and breezed straight into ‘Sullivan Street’ from their 1993 debut album August and Everything. ‘Untitled (Love Song)’, a The Romany Rye cover, rocked the Academy with its guitar infused lyrics well delivered by the Counting Crows’ very own Sideshow Bob doppelganger Adam Duritz.

Counting Crows fans know that if Mr Duritz is ‘feeling it’ – then you’re in for a good show. ‘High Life’ and ‘I Wish I Was a Girl’, both from the 1999 album This Desert Life tightly flowed before the band threw themselves into ‘Mr Jones’, a crowd favourite and a song sorely missed when they played Birmingham in 2013.

‘Possibility Days’ was the first offering from Somewhere Under Wonderland (the band’s first new material in six years) and was very well received. ‘Scarecrow’, with its catchy lyrics and sing-a-long chorus was definitely a crowd pleaser. ‘Elvis Went to Hollywood’, ‘God of Ocean Tides’, ‘Cover Up the Sun’… a flowing folk-rocker reminiscent of the early ’90s and ‘Earthquake Driver’ completed the main set’s new material.

Adam Duritz delivers his often tender lyrics (which have at times been described as “morose” and “tortured”) with an almost theatrical passion, although fans would say that they’re delivered from the heart. The Counting Crows are musically perfect… Jim Bogios (drums) and Millard Powers (bass) are the work-horse of the band and appear to effortlessly drive the momentum. Dan Vickrey (lead guitar, banjo and backing vocals), David Immergluck (guitar, mandolin, pedal steel guitar) and Crows founder member David Bryson (guitar and backing vocals) along with Charlie Gillingham (keyboards and accordion) all add their own individual flair to a band that have spent over two decades at the top of their trade.

‘Palisades Park’ the first encore and opening track from the new album certainly has a ‘Round Here’ feel to it, more of a journey than a song, and certainly reminiscent of their works.

A brilliant ‘Rain King’ paved the way for an emotional ‘Holiday in Spain’ before which Duritz promised they’d be back in the UK next year. All in all the Counting Crows were perfect, roll on next year.