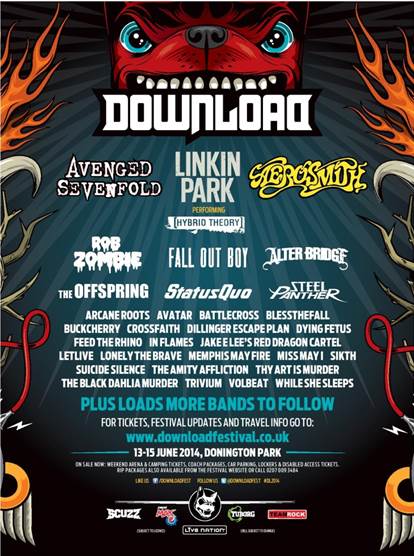 DOWNLOAD FESTIVAL has today announced more bands for next years Donnington Park event. Legendary mathcore outfit SikTh will reunite to perform in 2014. The reunion will come six years after the cult Watford act parted ways in 2008.

They will be joined on the bill by Danish metallers Volbeat; who were nominated for the Best Metal Performance at this years Grammy’s earlier this week, Dillinger Escape Plan, Suicide Silence and Buckcherry.

Lonely the Brave will also be returning to Donnington this year; alongside American metallers Memphis May Fire and Battlecross who will both be making their Download debuts.

Tickets are available now at 2013 prices for a limited amount of time (all tickets subject to per-ticket charge plus order processing fee) from http://www.downloadfestival.co.uk/