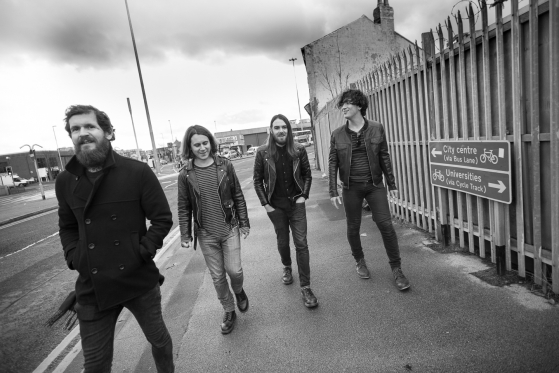 Leeds rockers PULLED APART BY HORSES are offering their debut album track ‘I Punched A Lion In The Throat’ available for free via soundcloud – which you can obtain below. The band are set to embark on a huge intimate headline tour of the UK, which kicks off in Aberdeen tonight (24 April).

The live version of the track was recorded at Soundwave Festival in Australia earlier this year. The band have recently performed at Hit the Deck Festival in Bristol and Nottingham; of which you can read a review of here.

Pulled Apart By Horses are set to release their third album later this year; the follow up to 2012’s Tough Love and their 2010 self-titled debut.

You can download ‘I Punched A Lion In The Throat (Live)’ below.

Pulled Apart By Horses are set to play: