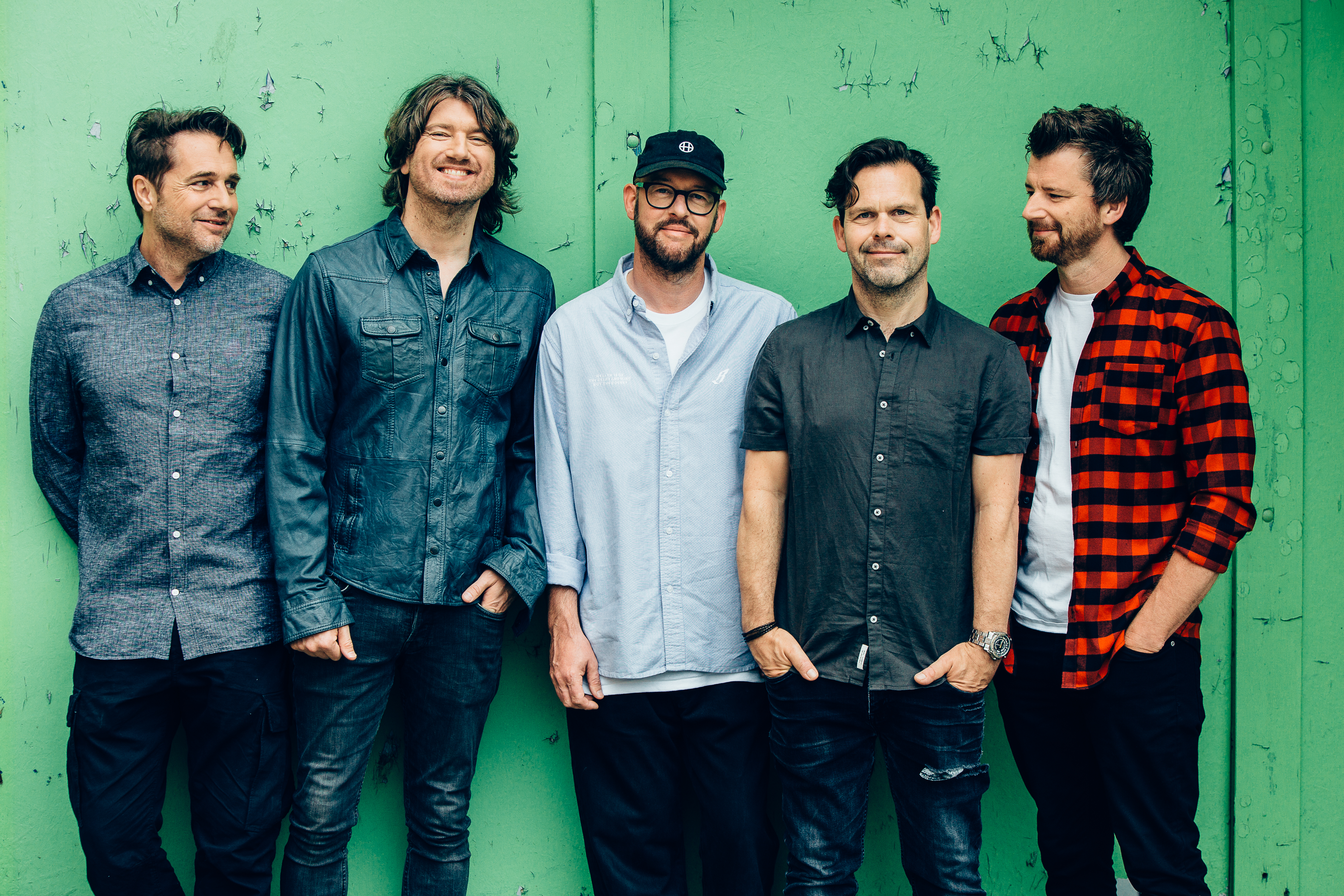 Embrace have announced their new album, ‘Love Is A Basic Need’, will be released on 9th March 2018 through Cooking Vinyl and is available to pre-order everywhere now. They have also released an exclusive new track, ‘The Finish Line’, which is available to stream or to download immediately when fans pre-order the album from iTunes, Amazon or the Official Embrace Store.

20 years into their recording career Embrace are making an epic and emphatic return with their seventh studio album. With three Number One albums, six Top 10 singles, sold out arena shows and over two million album sales behind them, Embrace returned triumphantly three years ago with their Top 5 self-titled LP.

Already being hailed as a return to classic Embrace, the new album ‘Love Is A Basic Need’ was recorded in the first half of 2017 at their own Magnetic North Studio and produced by the band’s Richard McNamara.

With tracks such as the emotive string-laden ballad ‘All That Remains’, the powerful ‘Never’ and the instant ‘Wake Up Call’, the album sees Embrace return to the sound that first made us first fall in love with them. The album’s overriding theme, as Danny McNamara says, is one surrounding love:

“Most people remember to eat, breathe and drink, but too many of us forget about love until it’s too late. The album is about the realisation that without food or water or shelter you die, but the same is also true of love. We set out to make an album where every song on it would stand up against the best songs we’ve ever written, and I’m pretty confident we’ve done just that.”

The exclusive new track, ‘The Finish Line’, is a powerful, emotional song that builds delicately with keys and strings leading into a choir-backed chorus, while lyrically, it addresses the importance of making the most of life. Danny says:

[quote style=’1′ cite=”]“Sometimes life feels like a rat race, like a long marathon, but you only have to see the finish line to realise how precious and short life is. The song is about how you feel when your world view is turned upside down, about realising you’ve wasted so much time and about how that makes you want to live life to the full and squeeze the most out of every minute.”[/quote]

A trailer for the album is available to watch here.

And exclusive signed items and special bundles are available through the Official Embrace Store here.

Following their recent stadium support dates with Coldplay, alongside establishing and performing at their own award-winning Secret Festival, Embrace have announced a short run of intimate shows in November, where they will be introducing tracks from ‘Love Is A Basic Need’. Full dates as below.

Tickets are on sale now from: www.embrace.co.uk/LIVE.html