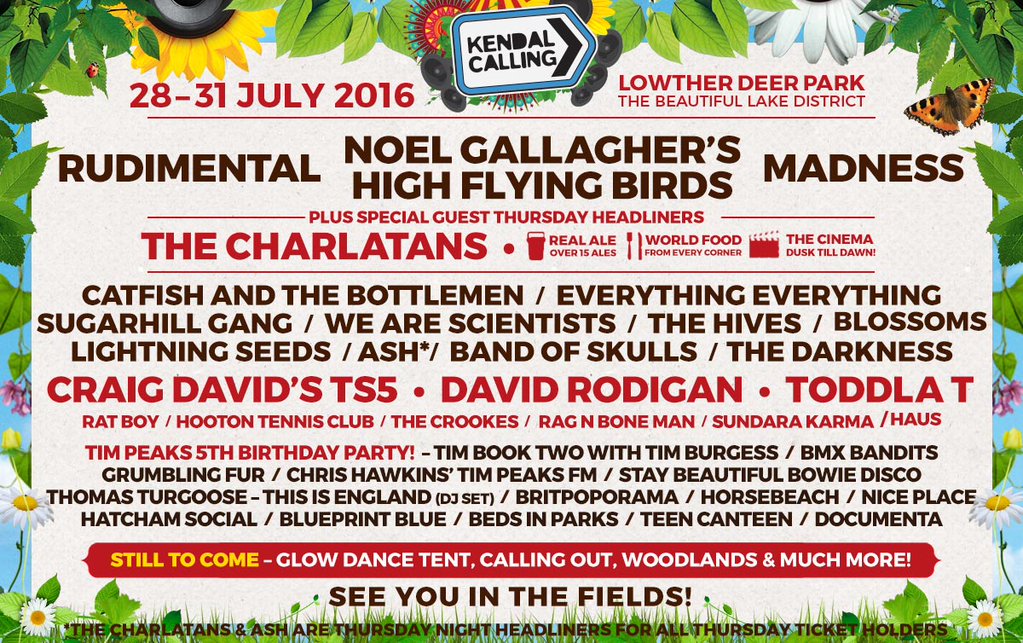 Cumbria’s Kendal Calling festival, now in it’s 11th year has just dropped the first names for it’s huge 2016 line up. Another medium sized festival proving that this is the year that they take the reigns in producing some of the most vibrant, exciting and important lineups.

Sheduled to headline are: Noel Gallagher’s High Flying Birds, Rudimental, Madness and The Charlatans. Also playing the weekend are: Catfish & The Bottlemen, Everything Everything, Band of Skulls, The Hives, We Are Scientists, Blossoms, Sugarhill Gang, The Lightning Seeds, Ash and The Darkness. Also scheduled to play the Glow Stage are: Craig David, David Roddigan, Toddla T, Ratboy, Hooton Tennis Club, The Crookes, Rag n Bone Man, Sundara Karma and Haus.

Festival founder Ben Robinson states: [quote style=’1′ cite=”]“My first gig in a field was Loch Lomond watching Oasis twenty years ago. That moment defined my youth and calling in the years to follow. Noel’s songwriting has soundtracked the lives of millions over the last two decades; it’s with great pride that we’re able to bring those anthems and his new hits to the fields of Kendal Calling. Alongside Rudimental, Madness, The Charlatans and the rest of the bill it’s going to be another weekend to remember, see you the fields!”[/quote]

On top of this impressive lineup, also announced just moments ago is coffee extrodinaire and Charlatans frontman Tim Burgess. Now attending his 5th year at the festival in bringing his famous Tim Peaks Diner to the site, he has also announced that appearing in the venue will be: 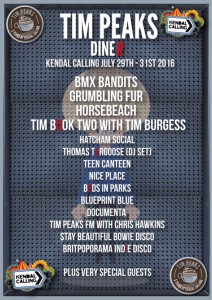 Already bosting one of the most impressive lineups of the summer, there are still 3 more stages to be announced along with a whole host of other acts!

Tickets for Kendal Calling are now available via the Official Website at 9am tomorrow.