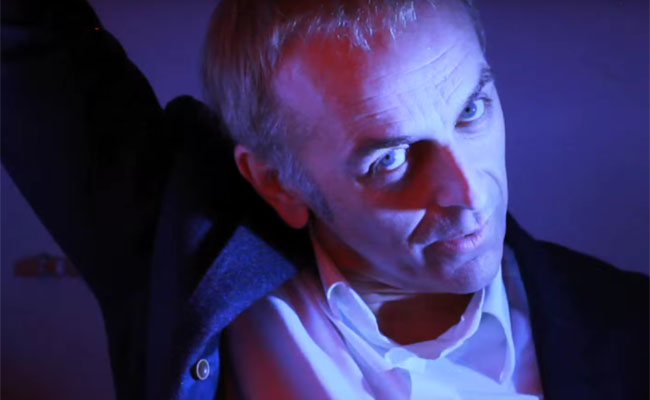 Back with thier first new single and album in six years, the Essex dance legends have unveiled a video for their comeback track ‘I Exhale‘ taken from forthcoming album ‘Barbara, Barbara, We Face A Shining Future‘.

With a pulsating synth bass fusion driving the song, Karl Hyde’s unmistakable vocals hynotically take you away on an adventure through the perils of modern life. Throughout the song comes some haunting background vocals curtesy of Hyde, layered to create an enigmatic dance fusion. The single edit is over far too quickly compared to the 8-minute album version, but either way it is good to have these legends back.

The video itself sees Karl dressed in a suit trying to escape from a house, but failing to leave as he keeps grooving away. However, this should come with an “intense flashing light” warning – you have been warned!

‘I Exhale‘ is out now, the album ‘Barbara, Barbara, We Face A Shining Future‘ is released on 18th March.