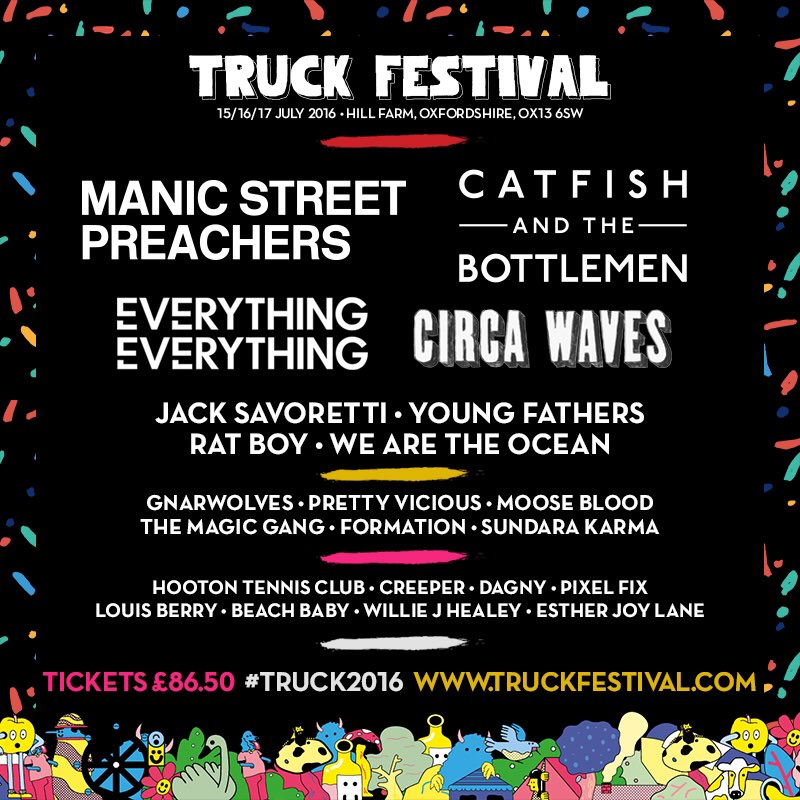 Oxfordshire’s Truck Festival has unveiled it’s first wave of acts for the 2016 bash, and this is an absolute monster of a lineup already.

Announced as two of the headliners for the 3 day event are new stars Catfish & The Bottlemen who are riding high on the success of their debut album ‘The Balcony‘ released back in 2014. With hits like ‘Homesick‘, ‘Cocoon‘ and ‘Pacifier‘, the Bottlemen are sure to bring the party to a high when they play the festival.  Also announced, and bringing their massive ‘Everything Must Go 20th Anniversary Special‘ to the fields are Welsh heroes, Manic Street Preachers. The remaider of the acts announced so far include the likes of; Everything Everything, Circa Waves, Jack Savoretti, Young Fathers, Ratboy and We Are The Ocean.

Also set to perform throughout the weekend are: Gnarwolves, Pretty Vicious, Moose Blood, The Magic Gang, Formation and Sundra Karma.

With tickets already on sale at £86.50 for the entire weekend, this is surely one of the more intimate festivals that will sell out in a heartbeat. Set in the heart of the Oxfordshire countryside, this great boutique festival is surely worth a weekend of your time.