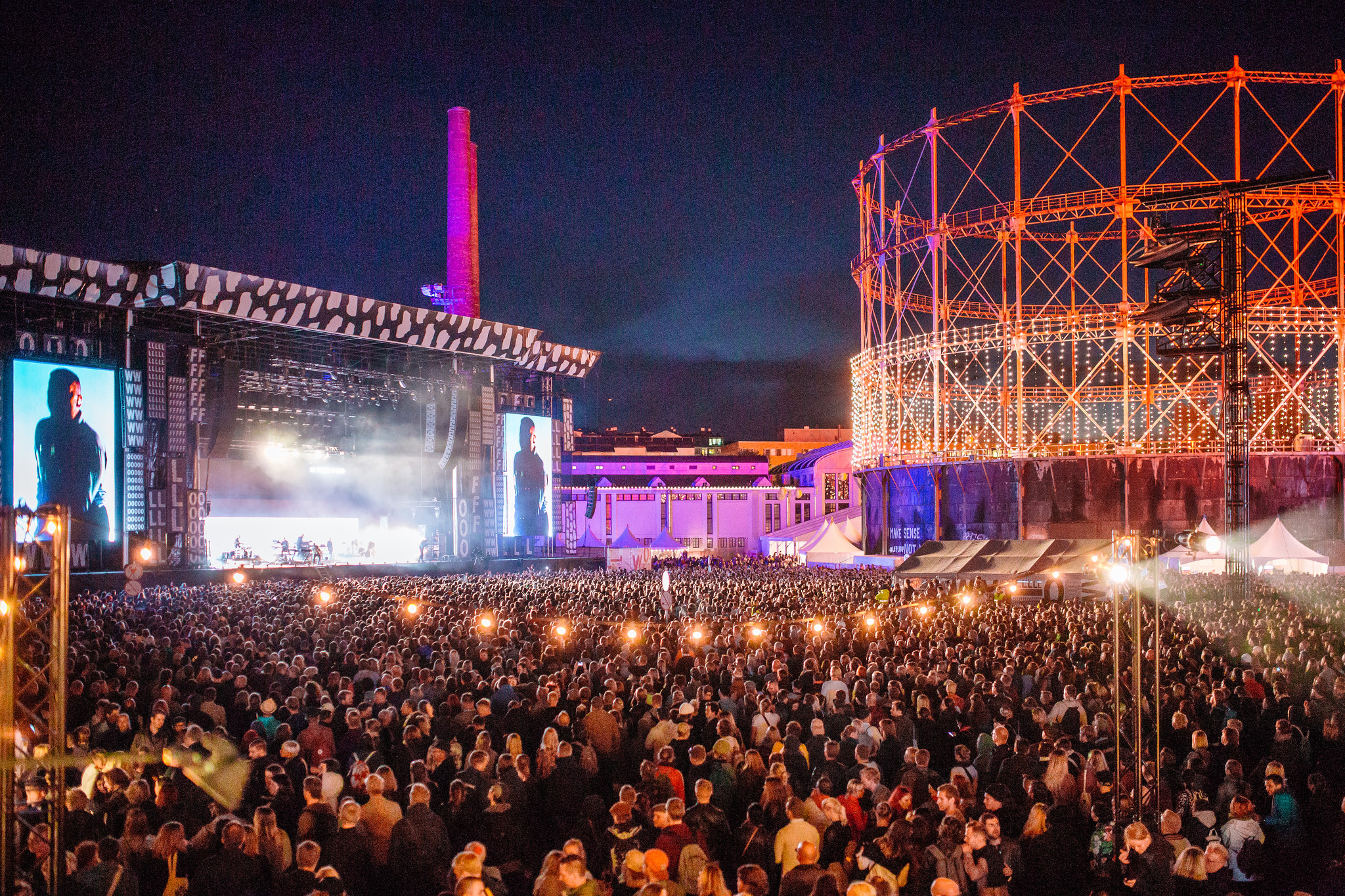 Festivals
14/12/201618/12/2016 Glenn 2017, alma, angel olsen, aphex twin, August, bicep, femme en fourrure, finland, flow festival, Flume, helsinki, jenny hval, jon hopkins, kauriinmetsastajat, Lana Del Rey, lineup, london grammar, maceo plex, mc taakiborsta, suvilahti, The xx, vince staples
With a high-quality and revered lineup of musical heavyweights and a plethora of diverse culture and creativity, Flow Festival Helsinki is set to be the defining European festival of the summer.
One of the planet’s most forward thinking festivals, Flow combines music, art, culture, culinary excellence and sustainability. The festival has an outstanding reputation for presenting some of the globe’s most pioneering artists in a jaw dropping, industrial space in Helsinki – Europe’s capital of cool.
Leading this impressive line up, superstar Lana Del Rey will perform at Flow Festival next summer. The 31-year old chanteuse, epitomizing a certain kind of old school glamour, broke through in 2012 with her first hit ‘Video Games’ and is currently working on her fifth album which will be full of her usual dreamcore, Hollywood pop style hits.
London-based trio, Jamie Smith, Romy Madley-Croft and Oliver Sim combine to make The xx, who make their long-awaited return to the stage. After making their name with crystalised lines of spacious electro-tinged anthems, The xx are set to once again reinvigorate the world around them with the release of third album ‘I See You’ in January. Don’t miss them perform their first album in five years at Flow Festival next summer.
Flow are delighted to be the first festival to welcome British three-piece London Grammar back to the stage since their last live performances in Europe back in 2014. The British trio will be bringing their hearty, ambient, classical rock sounds to the Nordic stage ready to stun their fans with the new material they’ve all been waiting for.
Aphex Twin aka Richard D. James’ return to the live arena is one that has been talked about for years and Flow is going to be one of the only opportunities to catch his visually eye-popping performance in the Nordics. Aphex Twin is one of the most inventive and important producers of a generation and for a quarter century he has managed to create a distinct sound through combining everything from Detroit techno to modern classical. Expect a mind-altering spectacle when he takes to the decks at Flow 2017.
25-year old Australian musician/producer Flume has quickly risen to be one of the most talked about new artists on the planet and will make his Finnish debut at Flow. Bringing together atmospheric electronica and house sounds, the artist also known as Harley Streten released his latest album Skin last spring to vast acclaim. The album yielded hits like ‘Say It’ and Never Be Like You’ alongside featured guest spots from a slew of big names like Beck, Tove Lo, Vince Staples, Raekwon and AlunaGeorge. A true artist of the moment, his appearance at Flow is one sure to stand as a vital moment in modern dance history.
Long Beach hip-hop mover Vince Staples is set to land in Helsinki for Flow Festival 2017, bringing with him an arsenal of irresistible rap classics that has already marked him out as one of the most exciting figures in the game today. Fresh from the release of her widely adored latest LP ‘My Woman’, Angel Olsen will be bringing her mesmeric live show to Flow for a festival-stealing set in waiting, full of vivid highs and moments that’ll stand for generations. Norweigan alt-soother Jenny Hval is also set for the Finnish bash, following on from a 2016 where she became a true player in heart-felt artistic flair. With the recognisable beats of Jon Hopkins, Maceo Plex and Bicep also confirmed – Flow Festival is once again the smorgasbord of breaking talent and acclaimed favourites for 2017, and the go-to destination for groundbreaking trailblazers.
Flow Festival takes place at Suvilahti in Helsinki, Finland on August 11-13, 2017. The festival will once again feature many of today’s most interesting established artists and promising newcomers.
www.flowfestival.com
www.facebook.com/FlowFestival
www.twitter.com/FlowFestival
www.instagram.com/lowfestivalhelsinki
Tickets: 3 days: 175 €. The price includes a service charge. Ticket price is valid for a limited period of time. Ticketmaster www.ticketmaster.fi p.+358 600-10-800  Tiketti www.tiketti.fi p.+358 600-1-1616
www.flowfestival.com
Acts Confirmed Today:
Lana Del Rey (US)
The xx (UK)
Aphex Twin (UK)
Flume (AU)
London Grammar (UK)
Vince Staples (US)
Angel Olsen (US)
Jenny Hval (NO)
Maceo Plex (US)
Jon Hopkins (dj-set) (UK)
Bicep (live) (UK)
Alma (FI)
MC Taakibörsta (FI)
Femme En Fourrure (FI)
Kauriinmetsästäjät (FI)
Tweet