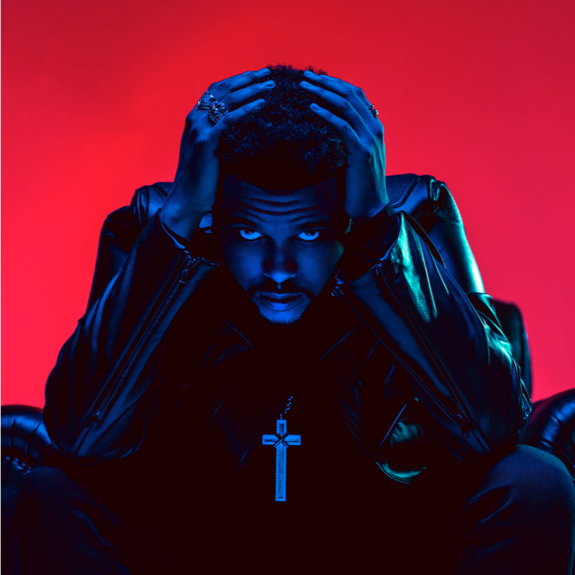 Festivals
15/12/201618/12/2016 Glenn 2017, anders wahren, Arcade Fire, blink-182, Denmark, Festival, Foo Fighters, g-eazy, july, June, justice, moderat, modeselektor, orange stage, roskilde festival, solange, starboy, the weeknd, trentmoller
Canadian megastar The Weeknd is breaking streaming records and topping charts with his new album. Next summer he will headline the massive non-profit Roskilde Festival in Denmark.
26-year-old Abel Tesfaye is sitting comfortably on pop music’s throne, only five years after he first rose to prominence with his first mixtapes. Since then, the Grammy-winning star has risen to new heights with every release, cementing his position with millions of streams every single day.
And he’s done it on his own terms: his dystopian pop songs are based on heavy beats and gloomy lyrics, resulting in distinct, soulful R’n’B. His new album Starboy went straight to number 1 on the Billboard album chart and has broken Spotify’s record of most streams in one day, beating fellow Canadian Justin Bieber.
Having previously collaborated with artists such as Beyoncé and Drake, the new Weeknd album features collaborators Daft Punk, Lana Del Rey, Kendrick Lamar and Future. He’s no stranger to Nordic influences either: Swedish master Max Martin and Norwegian sensation Cashmere Cat – also playing Roskilde Festival 2017 – are among the producers onStarboy.
The Weeknd has, in other words, come far since his 2011 debut mixtape House of Balloons. His album Beauty Behind the Madness sold millions of copies, making him the global household name he is today, not least through hit singles such as Can’t Feel My Face, The Hills and Earned It – the latter also part of the Fifty Shades of Grey soundtrack.
Head of Programme Anders Wahrén says:
[quote style=’1′ cite=”]“We have been following The Weeknd since the beginning, and it’s no secret that he’s been topping the wishlists of our fans for the past couple of years. It’s very rare for an underground phenomenon to rise to the top while staying true to his own sound and past. Being one of the biggest pop artists in the world right now, this is a very special artist, and we’re thrilled that he’ll be headlining side by side with acts like Foo Fighters and Arcade Fire.”[/quote]
The show at Roskilde Festival will be The Weeknd’s first festival appearance in Denmark. His first show in Denmark, scheduled in February, was sold out in a matter of minutes.
The Weeknd will play the Danish festival’s coveted Orange Stage on Wednesday 28 June.
Foo Fighters, Arcade Fire, Solange, Trentemøller, G-Eazy, Moderat/Modeselektor, Blink-182 and Justice are among the 41 acts already announced for Roskilde Festival 2017.
See all the acts here: http://www.roskilde-festival.dk/music/2017
Tweet