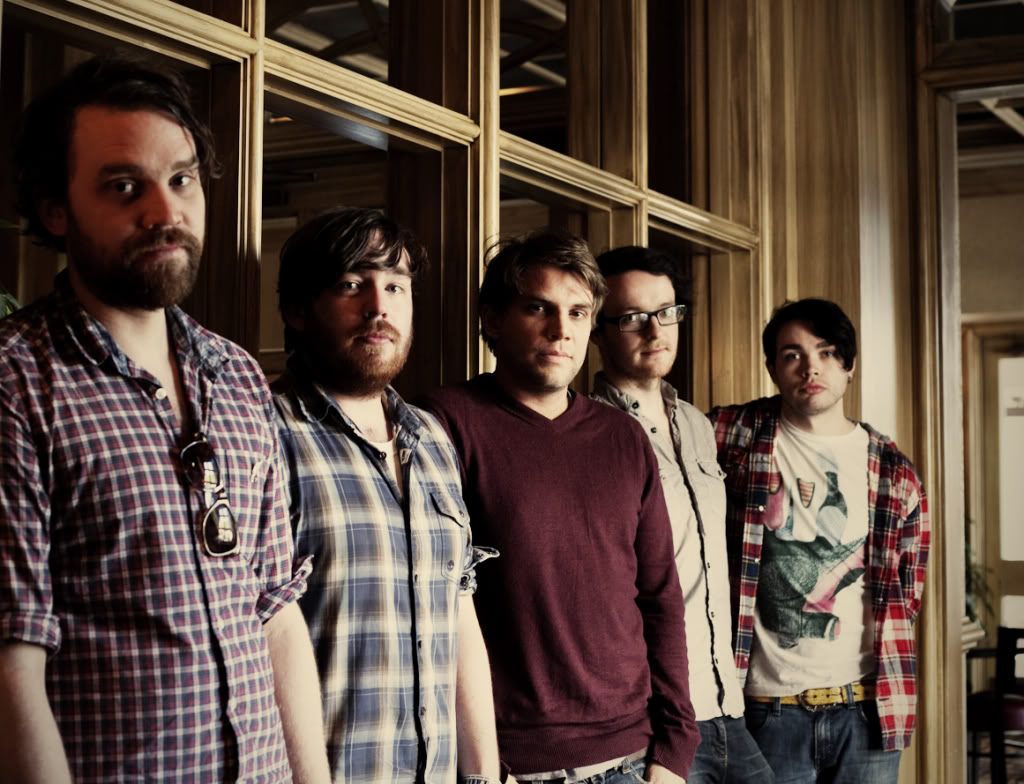 Frightened Rabbit have today announced the release of their eagerly awaited label debut EP. The as-yet-untitled EP is set for release on September 25th. The acclaimed Scottish quintet will celebrate the EP’s release with a UK Ireland tour through out September. The dates will kick off in Portrush’s Playhouse on 6th September, taking in Navan, Michelstown, Dundalk, Dublin, Cork and Galway before heading up to Belfast’s Empire on 15th September, followed by London, Manchester and Dumfries, concluding in a homecoming show at Selkirk’s Victoria hall on 25th September.

Frightened Rabbit are currently hard at work completing their Atlantic debut album, set for release in early 2013. The much-anticipated album was recorded at the famed Monnow Valley Studio in Rockfield, South Wales, with producer Leo Abrahams (Brian Eno, David Byrne, Grace Jones) behind the board.

The Glasgow-based band recently took a break from the sessions to fulfill a lifelong dream of performing in their home country’s historic Highlands. The trek – which saw gigs in such far-flung locales as Ullapool, Stornoway, and the Isle of Mull – was captured by filmmakers Hand Held Cine Club (David Lynch, Band of Skulls) for an upcoming short film. A trailer for The Highlands Tour is screening now at Frightened Rabbit’s official YouTube channel.

The band’s most recent album, 2010’s ‘The Winter Of Mixed Drinks’, was met with much critical acclaim. The Guardian declared that:

“(Scott Hutchison’s) songwriting is sharp throughout and most of their songs – with themes of escape, freedom and reinvention – have huge impassioned choruses that are made to be shouted from the nearest available mountain…This is the sound of a band upping their game.”

Frightened Rabbit have performed countless headline shows, as well as sharing stages with artists like Modest Mouse and Atlantic labelmates Death Cab for Cutie. The band recently headlined one of the stages at Hop Farm Festival.