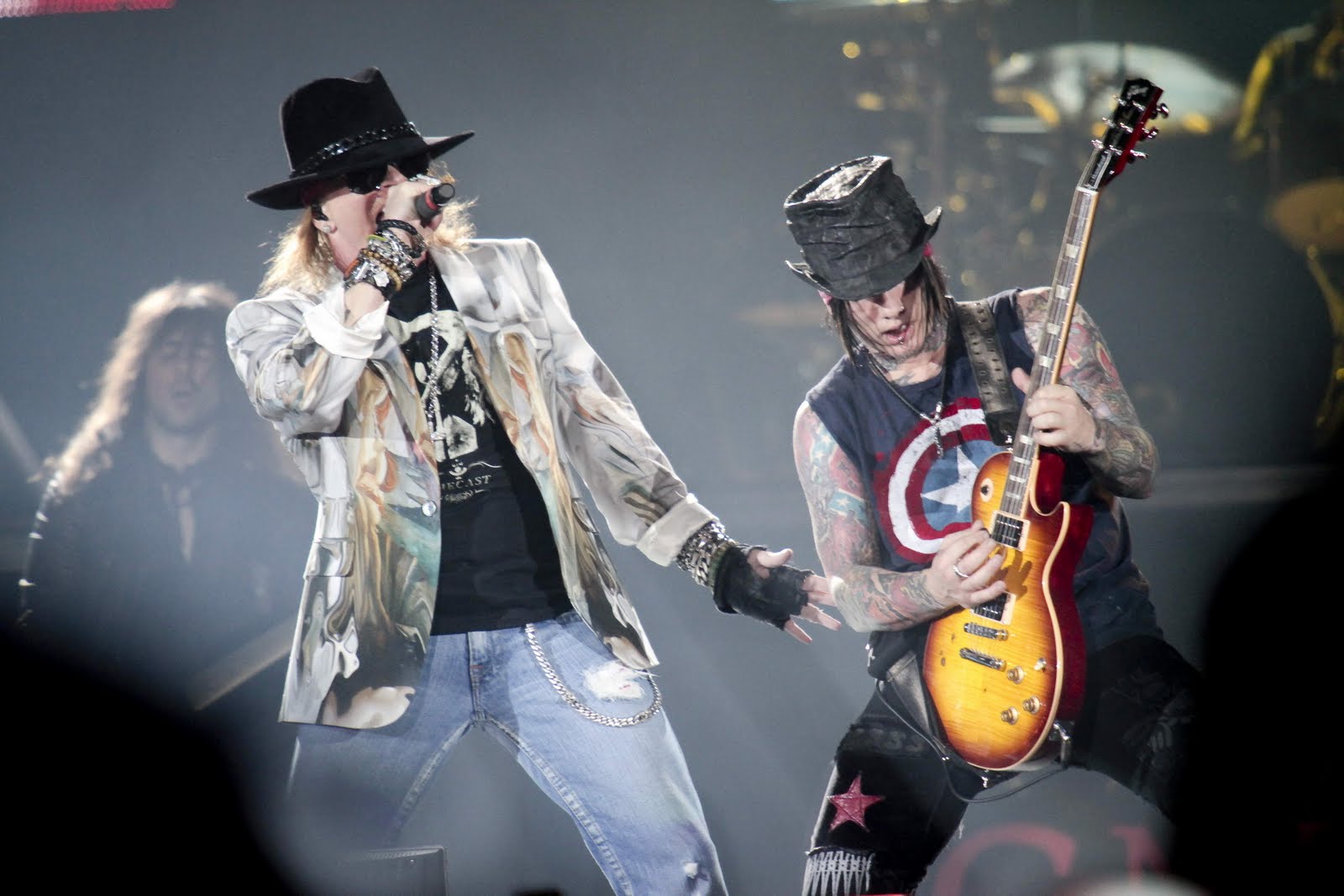 Guns N’ Roses have announced two European shows for this summer, suggesting that they may well be planning UK shows. The band, who are currently working on new material for the follow-up to ‘Chinese Democracy’, will play Dublin’s O2 Arena on 17th May and also appear at Italy’s Gods Of Metal festival on 22nd May. The dates would seem to suggest that the band will tour Europe during the summer and therefore may be in the running for a headline slot at some of the UK’s festivals, with the likes of Reading And Leeds Festivals, Sonisphere Festival and Hard Rock Calling all possible events for the band.

The band’s guitarist DJ Ashba said recently that he and frontman Axl Rose have been busy working on material for their seventh album and that making a new album was the band’s ‘priority’. Speculation continues to mount over whether the original line-up of Guns N’ Roses will reunite for their induction into the Rock And Roll Hall Of Fame, with neither Axl Rose or Slash ruling out the possibility that they could reconnect at the ceremony.

The band will be inducted along with the Faces/Small Faces, Red Hot Chili Peppers and Beastie Boys at a ceremony in Cleveland, Ohio, on 14th April.