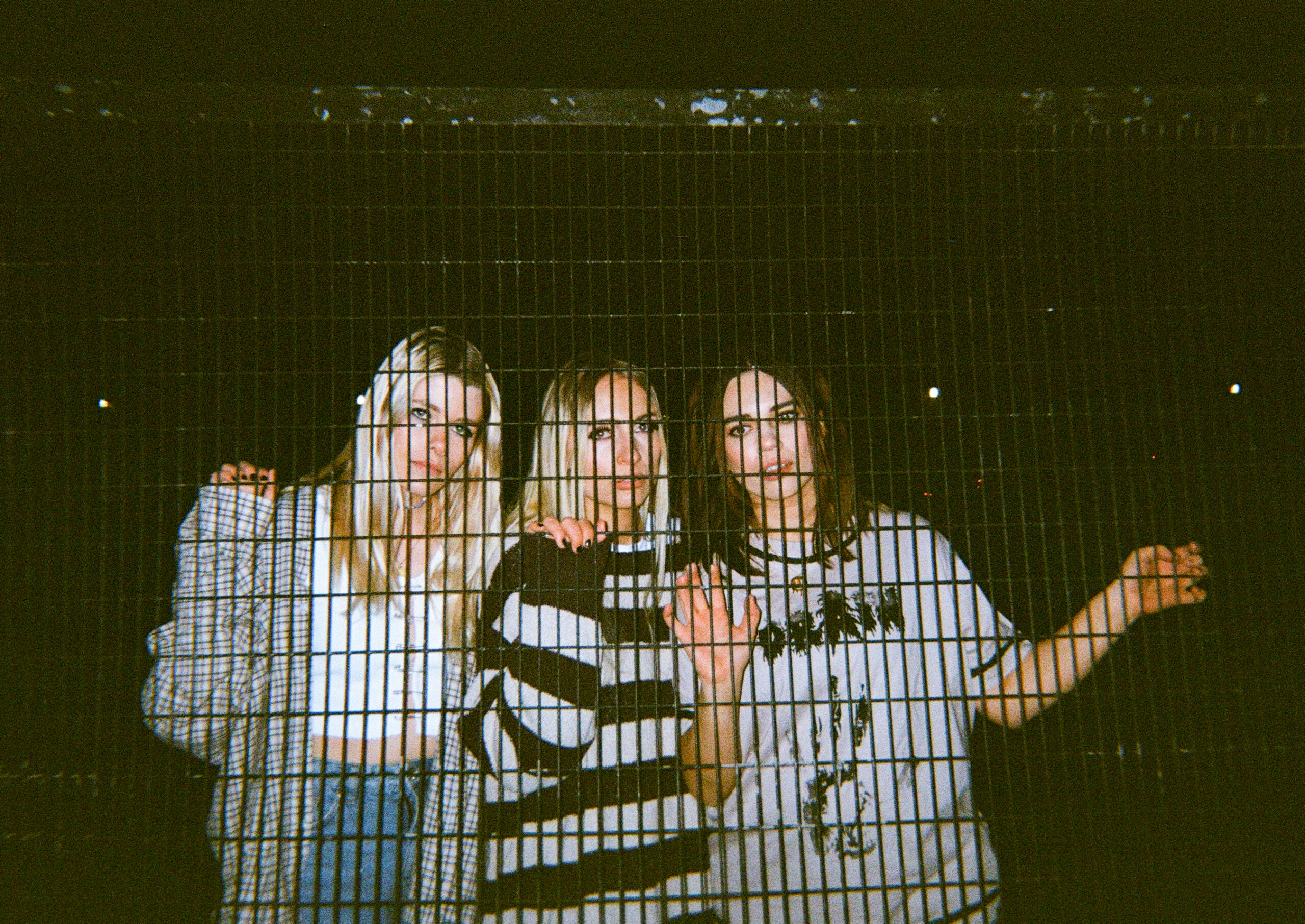 Let’s be brutally honest, the last 12 months has been awful for the majority of people, and none more so than the always vibrant music scene here in the UK. Where Artists, Venues and Touring Staff had struggled relentlessly, and even some falling by the wayside, some sparks have flared in the embers giving a glimmer of hope. For Scottie, Hattie and Loda, they have used the unplanned break as a stepping stone to form a new band, write a load of new songs and plan their future.

So after dropping their lush debut single last week. We fired a few questions over to the Sofie of Carpark to discuss the gorgeous debut single ‘Don’t Know Why We Met’, their plans for the future and the ideal car to be stuck in.

Thank you for taking a few minutes out of your day to have a chat with us, how the devil are you?
It’s our pleasure, this is actually our first ever interview so thanks for having us!

For those not familiar with you yet, how would you describe yourselves?
We’re Carpark, made up of Scottie (vocals & bass) Hattie (guitar) and Loda (drums). The 90’s definitely runs through our veins and sound. Think Goo Goo Dolls, The Postal Service, Avril Lavigne!

You have just released your debut single, the gorgeously acoustic tinged ‘Don’t Know Why We Met’. How do you feel now that the track is out in the world, and are you happy with the feedback so far?
Ah thanks, that’s a lovely description. We couldn’t be happier really, this is the first track we’ve put out and the response has been great. We have a small group of amazing people that follow us and we’re just enjoying getting to know them and we are excited by their reactions so far!

Forgive my interpretation, but ‘DKWWM’ covers the sensitive subjects of break ups and desire. Is this more a reflection on personal experiences or a social commentary on goings on around you?
Yeah it’s kinda about breakups but at the stage when it’s so early on you can’t even really call it a breakup. I feel like that sometimes can be just as traumatic as a break up from a long term relationship but no one really talks about it. It’s written from personal experience. I (Scottie) was starting to date this guy but I really didn’t know where I stood and I couldn’t figure out if it was already over or if it had only just begun. I feel like we have a timeline with all relationships but sometimes it’s really difficult to know how far along you are on that timeline. So I guess the song is about a timeless scenario of feeling confused and powerless at the start of a relationship. More people than ever must be feeling this way right now with modern dating cough cough apps and the doomed sense of hopefulness they bring.

The track itself is very laid back, and at times, reminds me of 4 None Blondes’ ‘What’s Up?’, is this the vibe we can expect in future Carpark releases, or are there further surprises awaiting us?
So many surprises! When we wrote DKWWM it was more to get it off our chest and I genuinely thought ‘this is so wrong for the band but I wanna write it anyway’. Then we took a change of direction with the sound and it ended up being the first single. Officially there are no announcements yet but there will definitely be more releases in the near future!

We won’t dwell on it, but Carpark has risen from the ashes of a previous band. Was it a conscious decision to continue with a new name or were you tempted to continue under the old one?
We had some legal obstacles that we’re not meant to discuss. It basically meant that we had to change the name and start a new band, but it ended up being such a blessing in disguise. It forced us to really start from scratch and let go of any associations with the previous band. It was hard and at the beginning we were a bit lost in terms of direction but after working on new music during lockdown and really taking our time we’re so happy with where we’ve landed.

What can we expect next from the band? Will there be another single or an EP/Album at some point soon?
You can expect another single to be coming soon! Very soon!

You built up a great live reputation with the last band (again apologies for mentioning it) We expect nothing less when you return to playing gigs. Do you feel any pressure ahead of this to continue that reputation or are you excited for proving your worth?
That’s very nice of you. We’re fairly confident we’re going to be better than we were in the previous band. It’s obviously been hard and it’s been a while since any of us have played live on stage but we’re getting in rehearsals this month to brush the dust off.

Finally, your bio states that you have been “driving in circles for 10 years” – What car are you in and will you ever find the correct parking space?
Our car of choice would definitely be Sophie’s great grandma’s car nicknamed ‘The Champagne G Wagon’ we always keep it filled with mini bottles of prosecco and bags of party rings but in reality it’s a Toyota Yaris Verso & people often take the piss that it looks like a hearse. (You can catch her feature in our music video for DKWWM).

Thank you again for your time, and we cannot wait to see what you have instore for us next and to come and see you once you announce dates down the line!

‘Don’t Know Why We Met’ the single by Carpark is available now. It is also featured in our Spotify playlist over on the right hand side of the page, and the video is available now to watch below.