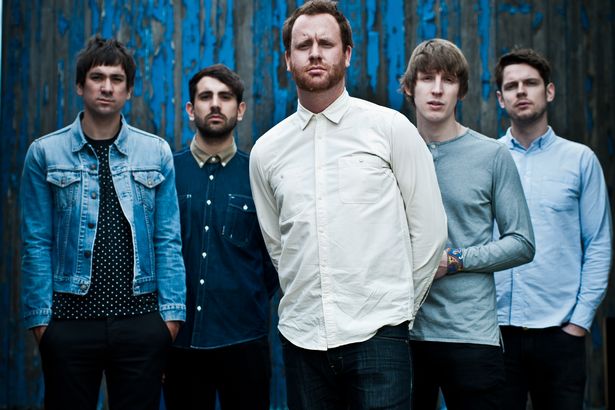 Indie northerners Young Rebel Set are currently embarking on a short UK tour when they join us for chat before their gig at the Lexington in London. The band are back on the radar after the release of second album, Crocodile in September last year. We caught up with band members and brothers, lead guitarist Andrew and bassist Chris Parmley:

Soundcheck: So your album Crocodile came out at the end of last year, how has your sound changed since your debut?
Andrew Parmley: We sort of got lumbered with the “folk-rock” genre with the first album, I think its a little unjustified but people label us how they want to label us I guess. With Crocodile, the sound’s definitely changed. I hate to say that we’ve matured but we have grown up, we’re not 18, 19 year old kids any more.

SC: There used to be seven members in Young Rebel Set, how has that changed now that you’ve gone down to five?
AP: We used to have a harmonica and a guy who was a bit of a multi-instrumentalist. Ultimately, it got to the point where one couldn’t actually make it work and it just wasn’t working musically with the other one.

SC: How would you describe your sound now?
AP: I’d say its all still sort of guitar based. Indie music in the real sense of indie music, back when it was all to do with the independent ethos. It’s something that we’ve always had in us.
Chris Parmley: It’s a lot more thought out as well. Now we really think about what everyone’s gonna play, what everyone’s gonna bring to it and just work from there.
AP: We’re trying not to be predictable. Keeping it simple but at the same time trying not to make it so people go, “I’ve pretty much heard that before so what’s the point of listening to it?!” Getting to the point where people say, “oh thats interesting.”

SC: How was the process when recording Crocodile?
AP: We were in London for a couple of months at a studio and then it got the point where it wasn’t working. Sometimes, you have to take a step back when you listen to it and we had to distance ourselves for a little bit.
CP: We were a little bit disillusioned
AP: You come to a big city and you think you’re gonna make a big album and its gonna be great but it doesn’t work like that, you’ve really got to work hard
CP: We ended up just getting hammered most of the time. In London, there’s something to do every night, whereas, where we’re from there’s not much. We were constantly going out.
AP: So we scrapped those sessions and then we started working with a guy called Paul Savage who has worked with Mogwai. It was brilliant, the best thing that could have happened. We went to Glasgow and we were in this estate where we had no distractions and couldn’t go out every night. So we literally we just grafted our arses off. Paul sort of acted like a medium, a bit like a referee. Everyone had their ideas and he said what would work. Then we recorded it in the space of about 6 weeks.
CP: We wanted to make an album that we were really proud of

SC: And do you feel proud of Crocodile?
CP: I don’t think it could have turned out better if we tried.

SC: You’ve just released your new single Tuned Transmission, how did you shoot the video for it?
AP: One of our friends that we’d worked with in the past, wanted to get involved. Obviously, we knew that the single was coming out and we had a big home town show in Middlesbrough at the Town Hall coming up. So, we managed to sell that out and he just shot the video all night and chopped and changed it from there.

SC: You’re playing Tomorrow Festival in Austria in May, what’s the crowd like when you play abroad?
AP: We’ve played Germany quite a lot, we have quite a good crowd there so we go out once every three or four months.
CP: It’s great, they go just for the music. You know like in England, you’ll go out and the music might just be a secondary thing if its a new band? Well, the Germans don’t mind spending 20 or 30 euros to see a live band and that’s their whole night out.
AP: Even if they haven’t even heard of a band, that’s their night out. It’s different to England, but not necessarily better or worse, just different.