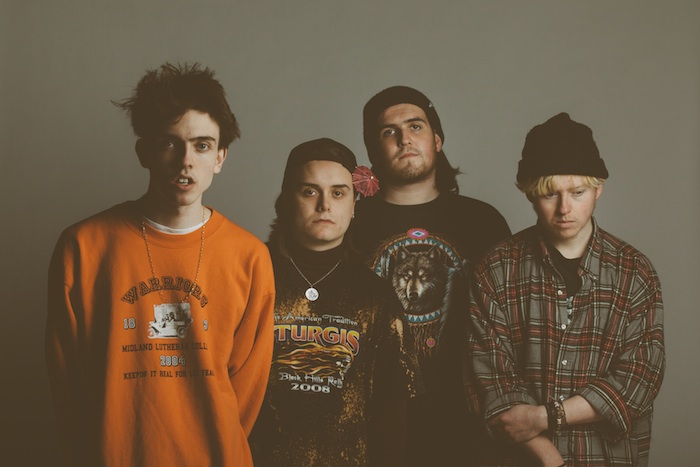 Ahead of their highly anticipated debut album set to release early summer, Birmingham boys JAWS returned to where it all began. The band have come a long way since supporting the likes of Swim Deep and Peace, and in turn have attracted a large following. It is clear to see that JAWS have taken to Birmingham’s heart as they played a completely sold out Institute, armed with their chilled out attitude and feel good tunes.

They were accompanied first by JUICE, another B-town band receiving growing attention. Single ‘Sugar’ is pure 90s with its infectious lyrics and catchy riff. Hailing from Brighton, The Magic Gang followed next with their surf-esque style and didn’t disappoint with their short set.

Replacing the recently split Babypink on the bill were DUMB – yet another band that the Birmingham scene has produced. They have a certain grittiness and raw sound about them that encouraged the crowd into a frenzy, definitely a band to keep a close eye on.

“We want Jaws” echoed around the venue as the four-piece prepared for their entrance. Opening with new song ‘Time’, it was apparent that the boys have matured greatly since their early days, sounding tighter as ever. ‘Donut’ and ‘Toucan Surf’ were received with immense enthusiasm as the whole room sung along.

The set was pieced together nicely as new material ‘Be Slowly’ worked well alongside tracks released on the ‘Milkshake – EP’ almost exactly one year ago. ‘Think Too Much, Feel Too Little’, with it’s ‘The 1975’ feel, was only released a week ago yet the whole crowd were immersed in the track. A somewhat emotional Connor Schofield announced he was almost lost for words with the reception. Fan favourite ‘Surround You’ left the crowd immediately wanting more as they departed the stage. They finished on ‘Stay In’ and ‘Gold’ which got the loudest cheer of the evening and had the entire room moving.

It seems JAWS have come a long way in a short period of time and have got their act together in terms of live performances. Even Swim Deep and Wolf Alice in the crowd wasn’t enough to take the limelight from a band who are definitely on the up.