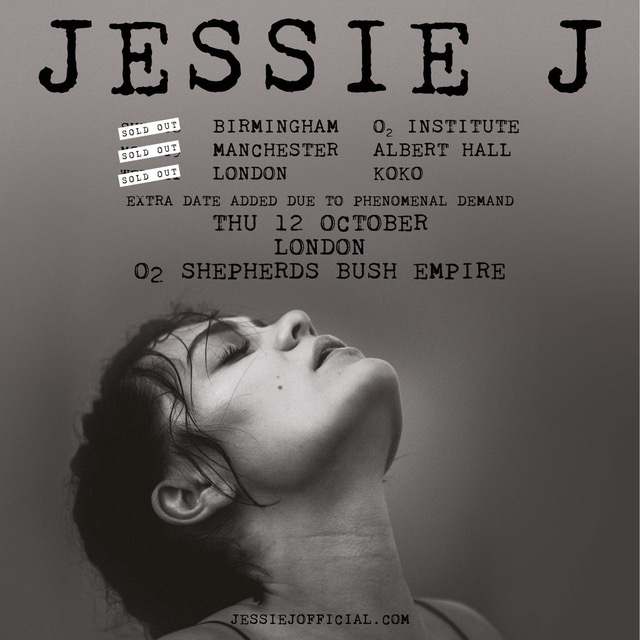 Just days after revealing her upcoming set of special, intimate live dates – and hot on the heels of the release of her soulful new song and music video ‘Think About That’ and the announcement of her forthcoming new album ‘R.O.S.E.’ – the UK leg of multiplatinum BRIT Award-winning songstress Jessie J’s up close and personal tour has sold-out within a matter of minutes of going on sale earlier on today. Due to overwhelming popular demand a new show has been added at Shepherd’s Bush Empire on October 12. Tickets go on sale at 9am Friday September 22.

The UK shows commence on October 8th at Birmingham Institute, followed by Manchester Albert Hall on October 9th and London’s KOKO on October 11th, culminating with the newly added date at Shepherd’s Bush Empire on October 12th before Jessie J takes the shows across Europe and then the US through til October 28th at Great American Music Hall in San Francisco.

Tickets for Shepherd’s Bush Empire are on sale at 9am on Friday 22nd September.