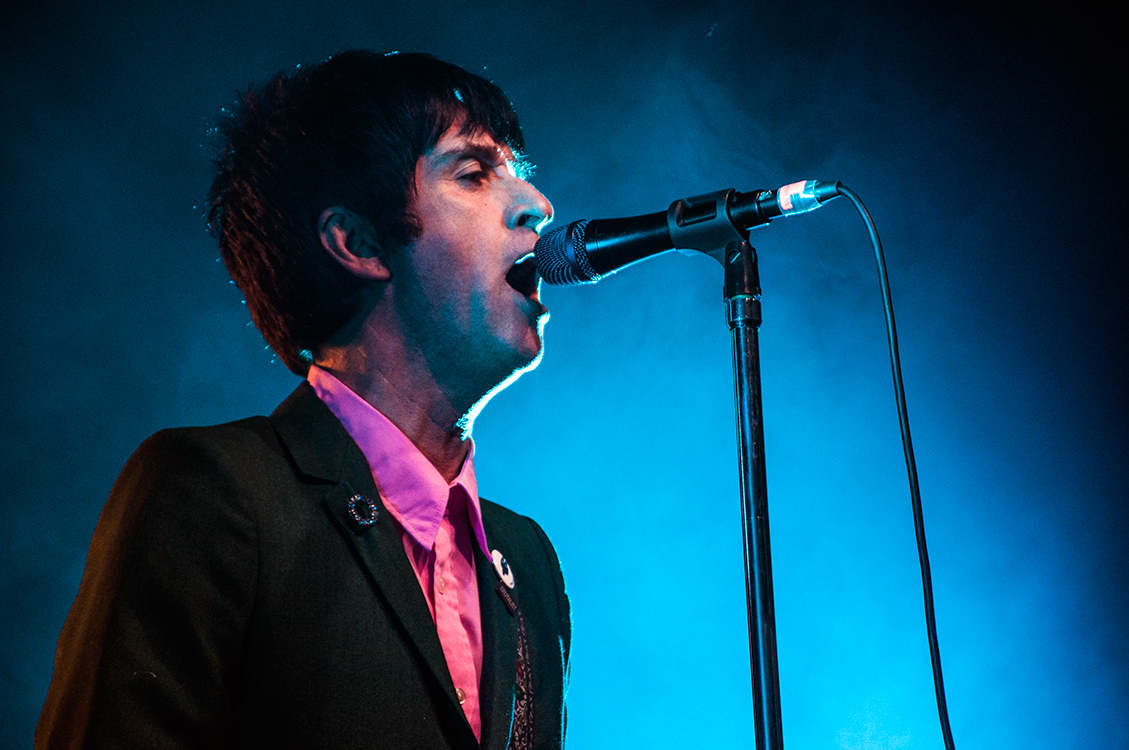 I’ve never been much of a fan of The Smiths, admittedly more through ignorance than disapproval, and I certainly wouldn’t be able to identify any of Johnny Marr’s solo work, but knowing so many friends that would jump at the chance to see him, this was not a gig I was going to turn down.

I’ll confess I was kind of expecting a tired, aging rock star still riding on the success of The Smiths. I also confess that this expectation disappeared the second he appeared on stage to the opening riff of Playland, the new album’s title track. Clad in a pink shirt and green blazer, Marr played with his back to the audience just long enough to tease the crowd but not long enough to look like an arrogant prick. Playland turned to Panic and the atmosphere further heightened.

He played with the youthful exuberance of a man who was genuinely enjoying himself as much as the sweaty, beer drenched audience. What I liked about the crowd was that they were dancing. Not frantically jumping up and down, one hand in the air, but proper uninhibited dancing. They were there to let go in the presence of their idol

By the time he got to Easy Money –a crowd-pleasing memorable number from the new album- I realised I was a part of something special. This was the kind of gig that has you hugging strangers. The kind of gig that leaves your feet aching and makes you grateful for the refreshing overhead spray of a discarded beer.

There was something familiar about the way in which Marr held himself; the theatrics, the rock and roll pout, the way he raised his right hand out to the ceiling in between chords. It was only during Bigmouth Strikes Again that I remembered I had seen these moves acted out in the late night air guitar skills of several of my friends after a few too many gin and tonics. I found this both comforting and humorous and once again I found myself thinking of the friends that would have loved to be there.

Arguably the most popular song of the set was There Is A Light That Never Goes Out, which actually gave me goose bumps as Marr handed the vocals over to the fans whilst he continued to expertly tease his strings. It all became too much for a couple of overzealous teenage fans who crowd surfed their way onto the stage. One excitedly stood with his arms around his idol’s neck for a good 20 seconds before security managed to prize him off, Marr not breaking stride for one second. This signaled the end of the main set and Marr and his band left the stage for a well earned breather and quick change of shirt before returning for a further 5 tracks.

Marr concluded an incredible 100 minutes and 21 songs with How Soon Is Now, which saw the audience throw their arms around the shoulders of those around them, the whole room singing in unison, whilst I tried to take in the magic that I’d witnessed. This gig took me by surprise. I was expecting Johnny Marr; former guitarist of The Smiths. What I got was “Johnny Fuckin Marr” – legend in his own right. And he has a new fan.