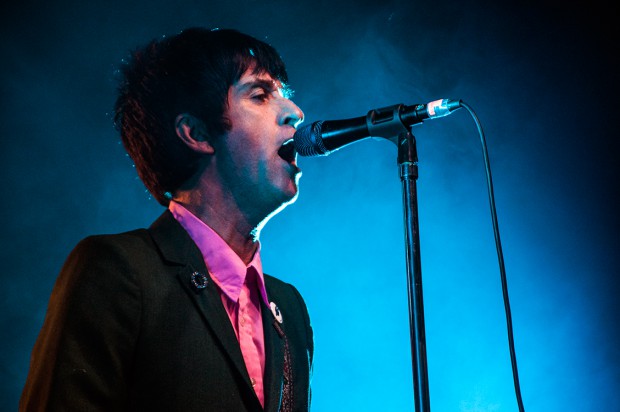 After two huge outdoor summer shows as guest to The Who and Noel Gallagher’s High Flying Birds, NME Godlike Genius Johnny Marr added a second date at Manchester’s Albert Hall after the first sold-out within an hour. The tour has now been extended with added shows in Belfast, Dublin, London and Bristol.

Johnny Marr has enjoyed a rapturous start to his solo career following the critical acclaim greeted to his Top 10 solo albums ‘The Messenger’ and ‘Playland’. Meanwhile his live shows have been celebrated for his ability to combine the best of his new material with select highlights from The Smiths plus others from his extensive back catalogue.

During the new tour, Marr and his band will record a new live album – the first live album that Marr has been a core member of since The Smiths’ famous ‘Rank’ album was released in 1988. The updated tour dates are now:

Tickets for the new dates go on sale at 9am on Wednesday 12th August priced £25 in Manchester, £27 in London and £24 in all other regions.

“Getting out on a UK tour is exciting for me,” says Johnny. “There’s no substitute for going to a show and playing shows. Playing live is what it’s all about.”

Johnny Marr followed the release of ‘Playland’ with a major UK headline tour which included his largest London solo headline show to date at the O2 Academy Brixton and a homecoming show at the O2 Apollo Manchester. In addition to the dates with The Who and Noel Gallagher, he also played a Teenage Cancer Trust benefit show as guest to Paul Weller. His recent single ‘Candidate’ was named Record of the Week at XFM, and he also released his interpretation of Depeche Mode’s 1993 classic ‘I Feel You’ to mark Record Store Day.