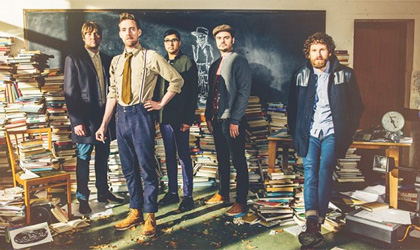 Leeds band KAISER CHIEFS have announced two huge shows for February 2015. The ‘Ruby’ band will perform at London’s O2 Arena and a homecoming show at the Leeds First Direct Arena next year.

Alongside the two shows next year; the band are heading out on the summer festival circuit; which includes shows at V Festival, T in the Park and Glastonbury.

Tickets for both of their headline dates are on sale tomorrow (25 April) at 9am.

Kaiser Chiefs are set to play: