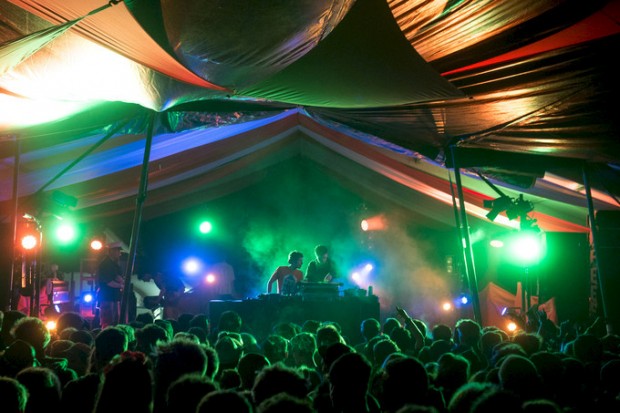 LATITUDE FESTIVAL has turned its attention to the sunset over Henham Park and its late night entertainment inside the iArena. The festival; which takes place in Southwold in Suffolk over the weekend of 17 – 20 July, will see Damon Albarn, Two Door Cinema Club and The Black Keys headline; with a host of others already announced.

Now; inside the sites neon lit woodland, vibrations will shake through the trees and entice festival goers to the hedonistic global electro talents with the evening entertainment curated by Tuesday Born.

Headlining the Friday night will be electro powerhouse Lone with his mixture of hip hop and synth heavy techno. Saturday’s headliner will be Wookie; who has recently collaborated with Sia & Justin Timberlake and will be returning after a break with his new single ‘Higher’. Closing preceding on the Sunday night will be UK garage legend MJ Cole. The artist will be bringing his impressive discography to conclude the psychedelic woodland event.

Other names announced on the bill for the event include GoldieRocks, Dave Seaman & Friends and Phil Hartnoll of Orbital. They’ll join Mo Kolours, Champion and Leon Vnyehall at the festival.

Tickets for Latitude Festival are on sale now; with more information about the event available here.