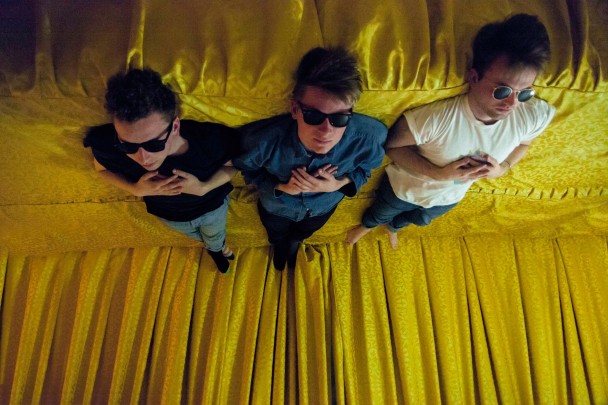 London garage-pop trio HAPPYNESS have unveiled new track ‘You Come To Kill Me?!’, taken from their upcoming Anything I Do is Alright EP. A fuzzy blend of acerbic lyricism and scuzzed out, lo-fi pop rhythms, it’s a joy to listen to, making their recent successes unsurprising.

The band are currently playing alongside underground noise-pop heroes SPEEDY ORTIZ, having completed a successful stint alongside Jamie T on his recent tour of the UK. With a headline tour of their own to look forward to in October, as well as Mercury Prize nominations being postulated, it seems like their 2014 is only going to keep getting better.

Speaking about the recording of their new EP and their upcoming tour, the band said:

[quote style=’1′ cite=”]”One night in Bermondsey, we wanted to make a louder one. It’s kind of about getting your personality off the internet or the television or pornography or whatever you’re hooked on. We’re going on tour again, it will be nice to get as close as possible to as many people as possible.”[/quote]

Anything I Do is Alright is released on September 1st.