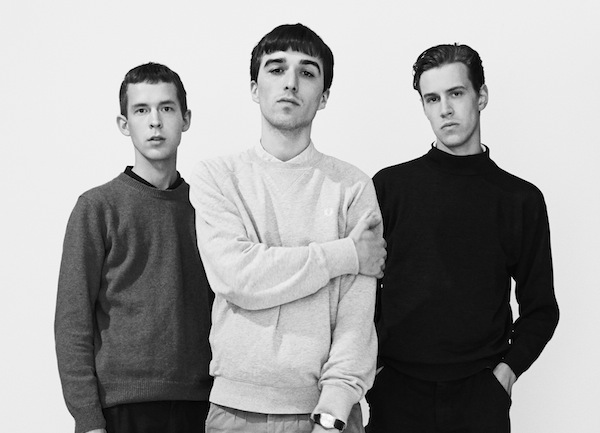 Danish electro-pop trio LUST FOR YOUTH have released the official stream of their new single ‘Armida’. The track is taken from their upcoming album International, due for release on June 9th.

While their previous efforts have generally seen them loiter around the darker recesses of the genre, with this song they stride firmly into considerably more upbeat territory. Littered with 80s synth beats and chiming percussion, ‘Armida’ sounds like the not-so-distant descendant of 80s synth-pop legends Depeche Mode and Soft Cell, with some indie melodies thrown in for good measure.

“the record sort of happened by chance. Hannes and I had talked about recording some stuff together for the fun of it, and Malthe offered to help us record. Initially, we were just going to do a song or two for the fun of it, but within a few weeks it was obvious that it was a combination that worked. Malthe went from recording to joining within the first few days and we made the whole thing over the last half-year, drinking gin and tonics everyday in the studio. The period was strange, terrible things happened in everyone’s life outside of the studio, so as a result many hours were spent in the studio, like a safe zone.

As well as releasing the stream, Lust for Youth have also announced that they will be playing two London shows this July.