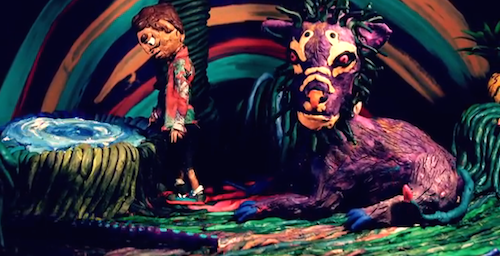 Oxford quartet GLASS ANIMALS have released the video for their new single ‘Pools’; which will feature on the bands new album Zaba, due out of 09 June. You can watch the video above.

The new single; which features an animated video, recent single ‘Gooey’ and a reworking of the previously limited EP ‘Black Mambo’ will also be present on the eleven track release.

The band already seem to have a busy summer ahead; with festival slots confirmed at Latitute, Bestival and Meltdown Festival. They are also set to embark on a short headline tour around the festival season, dates you can see below.

[columns count=’2′] [column_item]The track listings for the new album is: