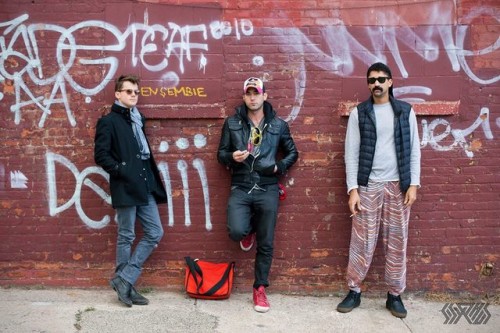 SISYPHUS, the collaborative project unveiled in late 2013 by Sufjan Stevens, Son Lux and Serengeti, have unveiled new track, ‘Rhythm of Devotion’, for streaming. The electronica-infused hip-hop track is the third to be unveiled from their upcoming self-titled debut album. According to their website, the album is “partly inspired by the art of Jim Hodges, and commissioned by the Walker Art Center andThe Saint Paul Chamber Orchestra’s Liquid Music series in Minneapolis/Saint Paul”.

Sisyphus will be available worldwide on 17th March via Asthmatic Kitty.