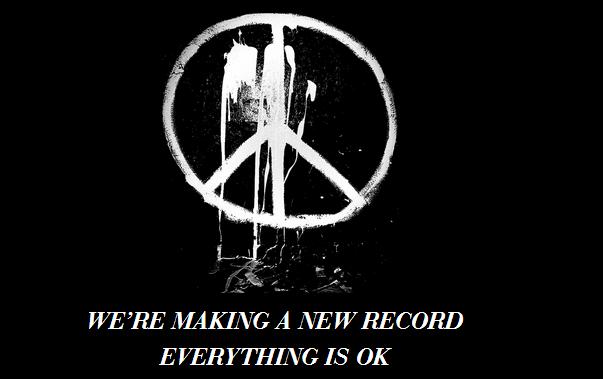 Birmingham breakthrough act of 2013, PEACE is to share footage of their album sessions online. The band are currently recording the follow up to their ‘In Love’ debut and tweeted:

“We’re making a new record. Everything is OK. If you want to see us do it, go to

The website asks you to enter your email address and extra information, with a button then appearing saying ‘Let Me In’. This then takes you to a video, currently 17 seconds showing the band playing in the studio.

Speaking to NME about the inspiration behind the new album, frontman Harry Koisser said “I’m more inspired on the road than I ever was at home. I’d never seen anything up until touring i’d never even seen England. Now we’ve been to Japan and America seeing other cultures.”