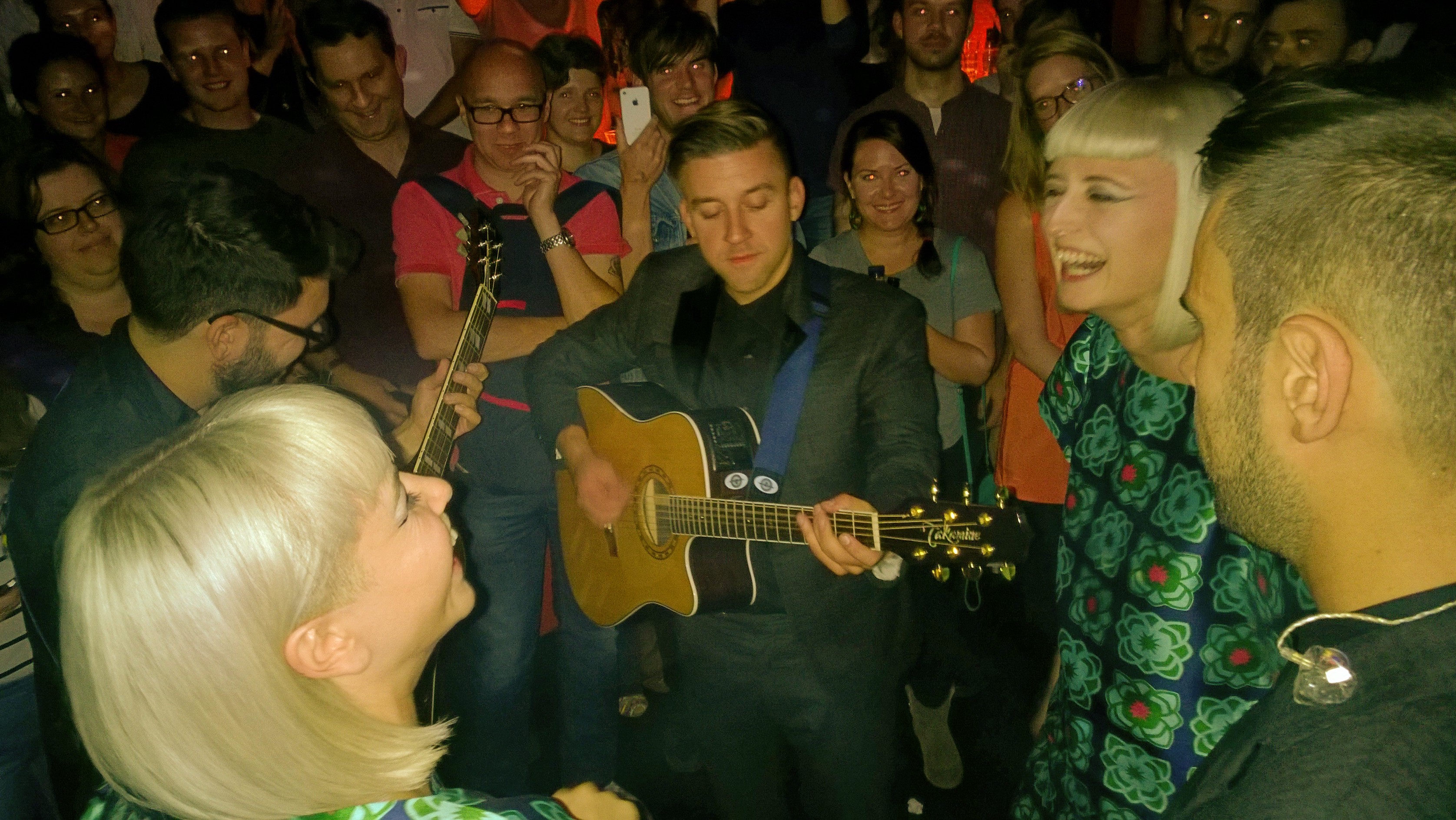 It’s fair to say that 2014 has already been a pretty incredible year for Brooklyn five-piece Lucius. Since releasing their debut album Wildewoman back in March, they’ve earned a well-deserved reputation as one of the best new pop acts on the circuit. Their unique musical arrangements, those incredible dual vocals, and of course the fact that their songs are pretty damned catchy, have all been enough to ensure that they’ve won plenty of hearts this side of the Atlantic.

It’s no wonder, then, that tonight’s show at the Lexington is completely sold out. The room is heaving with fans, crowded against the bar, perching on steps, taking every inch of available room as they wait for the band to take to the stage. When they finally do so, it’s to deliver the kind of spell-binding performance that makes every second of expectation feel totally justified.

Opening their set with album closer ‘Genevieve’, they instantly have the audience rapt. The song’s disjointed rhythms and scuzzy, flange guitars combine to create a joyously surreal atmosphere, perfectly executed but fizzing with energy. Leading straight into ‘Tempest’, their set already feels packed with pop classics in the making, each one bringing along with it a brilliant chorus and a hook or ten for good measure.

Visually, the most striking thing about Lucius is of course the identikit styles of lead singers Holly Laessig and Jess Wolf. However, seeing them on stage, the entire five-piece takes centre stage. Everything is symmetrical, from the two sets of floor toms either side of the stage (behind which Dan Molad and guitarist Andrew Burri ply their trade), to Peter Lalish’s perfectly framed fretwork at the back. The execution is everything, perfectly matching the slick, bluesy pop sound that they so effortlessly fill the room with.

Wolf and Laessig’s joint vocals really come into their own when they are allowed to let rip, as on the phenomenal ‘Don’t Just Sit There’, while the three guys get the chance to show off their flair on dirty riffs and beats of ‘Nothing Ordinary’. By the time the band rolls around to fan favourites ‘Wildewoman’ and ‘Turn It Around’, it’s clear just how brilliant a live act they are. When they make their way into the crowd to perform an encore of ‘Two of Us on the Run’ and ‘How Loud Your Heart Gets’, it’s the icing on a cake so perfect even Mary Berry herself couldn’t find fault with it.