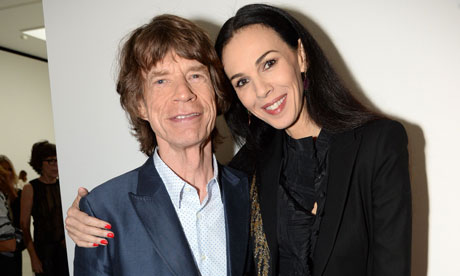 L’WREN SCOTT; the girlfriend of The Rolling Stones man MICK JAGGER, has been found dead in a suspected suicide. The ex-model and fashion designer was found in a Manhattan apartment this morning (17 March).

Whilst no suicide note was found, reports (including the New York Daily News) stated that she was found ‘hanging from her scarf on a doornob’ by her assistant at about 10am.

The article also states that the Rolling Stones man; who is currently on tour in Australia with his band and has just announced a string of festival shows across Europe this summer, is devastated by the news.