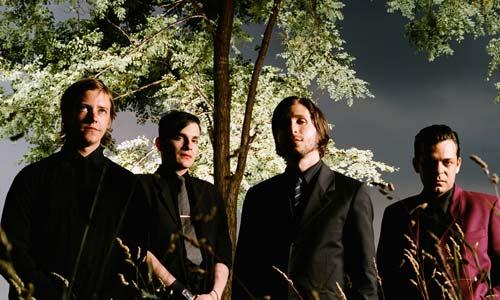 Music magazine NME has announced INTERPOL will head up their AWARDS TOUR in March. The New York trio will be debuting new material on the eight day run, which includes shows in Glasgow, Manchester, Birmingham and London.

The tour will also feature supporting sets from Temples, Royal Blood and Circa Waves. The tour, which was headlined by Django Django with Miles Kane, Peace and Palma Violets on the line-up is now in its 19th year and has been a platform for new bands. Artists who have played on the tour include Florence and the Machine, Bombay Bicycle Club, The Killers, Coldplay and Arctic Monkeys.

Usually held before the Award ceremony evening, the tour is switching to a March date; with the Award Ceremony being held on 26 February at London’s Brixton Academy.

The full list of dates on the NME Awards Tour are: