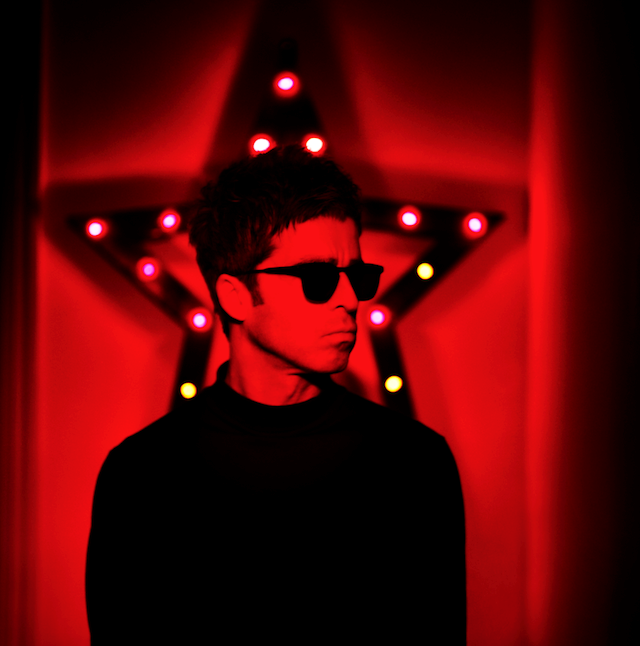 Noel Gallagher’s High Flying Birds announce new single ‘It’s A Beautiful World’ the second to be taken from the Number 1 album ‘Who Built the Moon?’, following the success of the first single ‘Holy Mountain’.

Producer David Holmes says: [quote style=’1′ cite=”]“The track had so much space and was feeling great. After Noel wrote the song he asked me about getting a French vocalist to do some kind of spoken word, so I called my friend Charlotte Courbe and played her an extract from a French short film that I always loved and wanted to borrow from. She then produced an astounding piece of writing that contrasted Noel’s song and music so beautifully.” [/quote]

The single is released on 12” vinyl and available to pre-order now – including a limited edition picture disc via Noel’s official store. It features the following tracklisting:

‘Who Built the Moon?’ is the third album from Noel Gallagher’s High Flying Birds. It was released in November 2017 on Sour Mash Records and debuted at Number 1, achieving gold certification in less than two weeks after its release – making it a hat trick of Number 1 solo records following 2011’s eponymous album and 2015’s ‘Chasing Yesterday’. This is also a record-breaking 10th consecutive chart-topping studio album for Noel – no other act has a perfect streak of Number 1 studio albums as long as Noel.

Noel Gallagher’s High Flying Birds embark on a huge ‘Stranded On The Earth World Tour 2018-2019’ in February performing shows in North America and Europe followed by UK and Ireland arena dates in the spring – including The SSE Arena Wembley, London, Manchester Arena and Cardiff’s Motorpoint Arena.