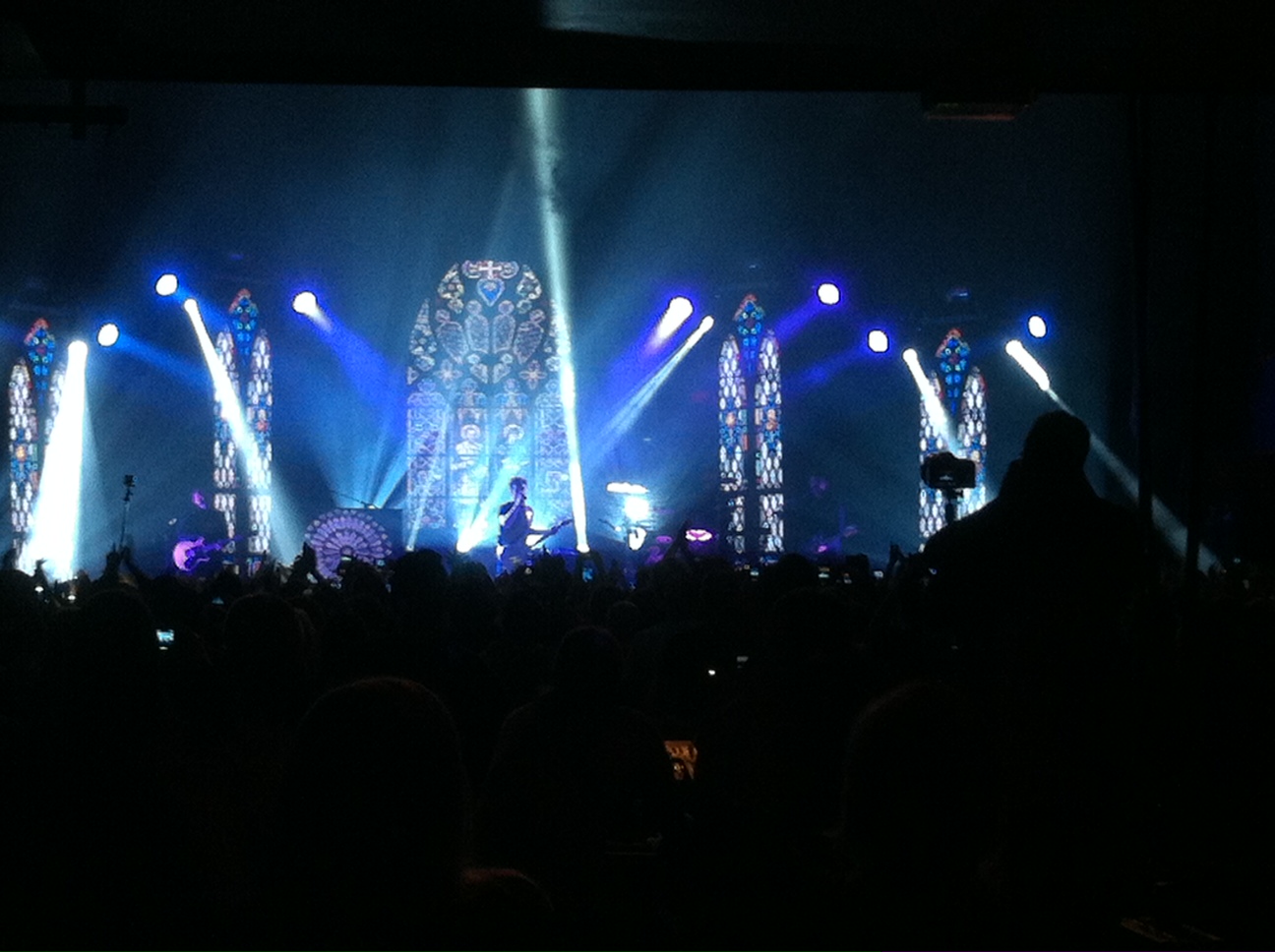 Tonight, Panic! At The Disco roll in to town to treat Wolverhampton to a night of punk/disco anthems and to make the city dance. Midway through a tour of the British Isles, a Saturday evening seems like a perfect-a-time as any to get down and party.

The show starts with the enigmatic and flambouyant King Charles. The young singer graces the stage and it’s clear that the young crowd are not quite sure what to expect. His persona and appearance are a mix of Russell Brand and Jack Whitehall, yes his performance is flawless. Playing a set mainly formed from debut album ‘LoveBlood’, he certainly wins the audience over as he launches in to third song ‘Bam Bam’. His whole set is a joy to watch, highlights were easily ‘MMM’, ‘Dust’, ‘Lady Percy’ and the closing ‘Love Lust’.

Panic! take to the stage running a couple of minutes behind schedule, but nonetheless without bounds of energy and pazzazz. Starting with ‘Vegas Lights’, it is clear that a lot of money has gone in to the production for these shows. The lighting show accompanying is fantastic. Spotlights flood the stage and entire audience as frontman Brendon Urie bounces across every inch of the stage. The Las Vegas group have certainly learned from their peers living in the city of lights. The whole set doesn’t dip at all. The shift in tempos are fluid.

There are many highlights including ‘The Ballad of Mona Lisa’, ‘Ready To Go (Get me Out Of My Mind)’, ‘Lying Is The Most Fun A Girl Can Have Without Taking Her Clothes Off’ and a breezy ‘Nine In The Afternoon’. The classics sit very neatly alongside newer material from latest record ‘Too Wierd To Live, Too Rare To Die!’ – Tracks such as ‘Casual Affair’, ‘Miss Jackson’ and ‘Niccotine’ showed off the developed sound and that they have lost none of their charm.

The encore is made up of ‘Girls/Girls/Boys’, ‘Positive Hardcore Saturday’ and a final excitable version of ‘I Write Sins Not Tragedies’. The latter seeing the entirity of the audience, including the seated balconies up on their feet dancing around.

Clearly Urie and Co have found their feet again and full of confidence are performing like there is no tomorrow. A 90-minute set rushes past and leaves everyone wanting more.