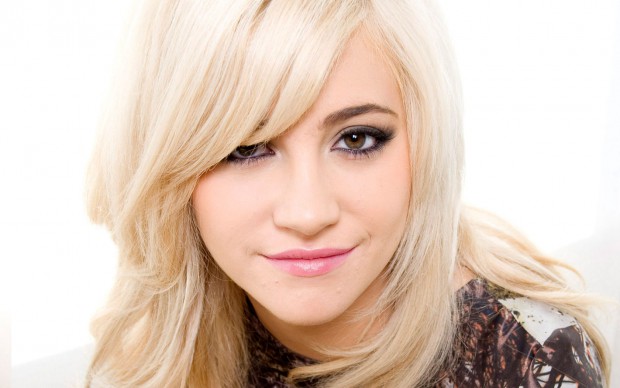 PIXIE LOTT, this week, announces some eagerly awaited details for her highly anticipated third album, to be released in Spring 2014. Pixie hosted a Google Hangout last night where she exclusively revealed the news to 1000’s of fans tuning in from around the world. The album, self titled Pixie Lott, was recorded in New York and London and is her most personal yet. Inspired by her love of 1960’s fashion and soul music, the young British songstress has stamped her personality all over this record.

The debut single from Pixie Lott is confirmed as ‘Nasty’, and the track will premiere next month. Pixie fell in love with ‘Nasty’ the moment she heard it – feeling it was the perfect bridge between 2011’s Young Foolish Happy and the forthcoming Pixie Lott. Written and produced by Jack Splash and Cee Lo, the track was being fought over by some of the world’s biggest singers, and Pixie flew to Miami to get her hands on it, knowing instantly it had to be her first single.

Pixie, fell in love with southern soul and the sound of 1960’s Stax Records as a child, and the new record is inspired by that style of music. On this album, Pixie took samples and sounds from that era and mixed them with modern beats and contemporary production. She brings that inspiration to her Live At The Pool sessions, with covers of some of her favourite songs from 2013 – Bruno Mars When I Was Your Man, Lorde’s Royals, Avicii Wake Me Up and more to go live soon. As well as the covers, Pixie premieres the video for album track Heart Cry, an exclusive taster of the new record, next week.

Pixie’s debut album 2009’s Turn It Up sold over 1 million copies worldwide, and was followed by the Platinum Young Foolish Happy in 2011. Those albums spawned three Number 1 singles – Mama Do, Boys And Girls and All About Tonight and broke various records. In 2010, Pixie was nominated for three BRIT Awards and a few months previous, she won two MTV Europe Music Awards. Pixie has achieved a vast amount of success internationally too, with Top 40 hits in 13 countries, and a growing rabid fanbase in Asia. All About Tonight was Number 1 for 3 weeks on the international airplay chart, and she duetted in South Korea with Big Bang on Dancing On My Own. Pixie also has a forthcoming acting role in the new series of Inspector George Gently.