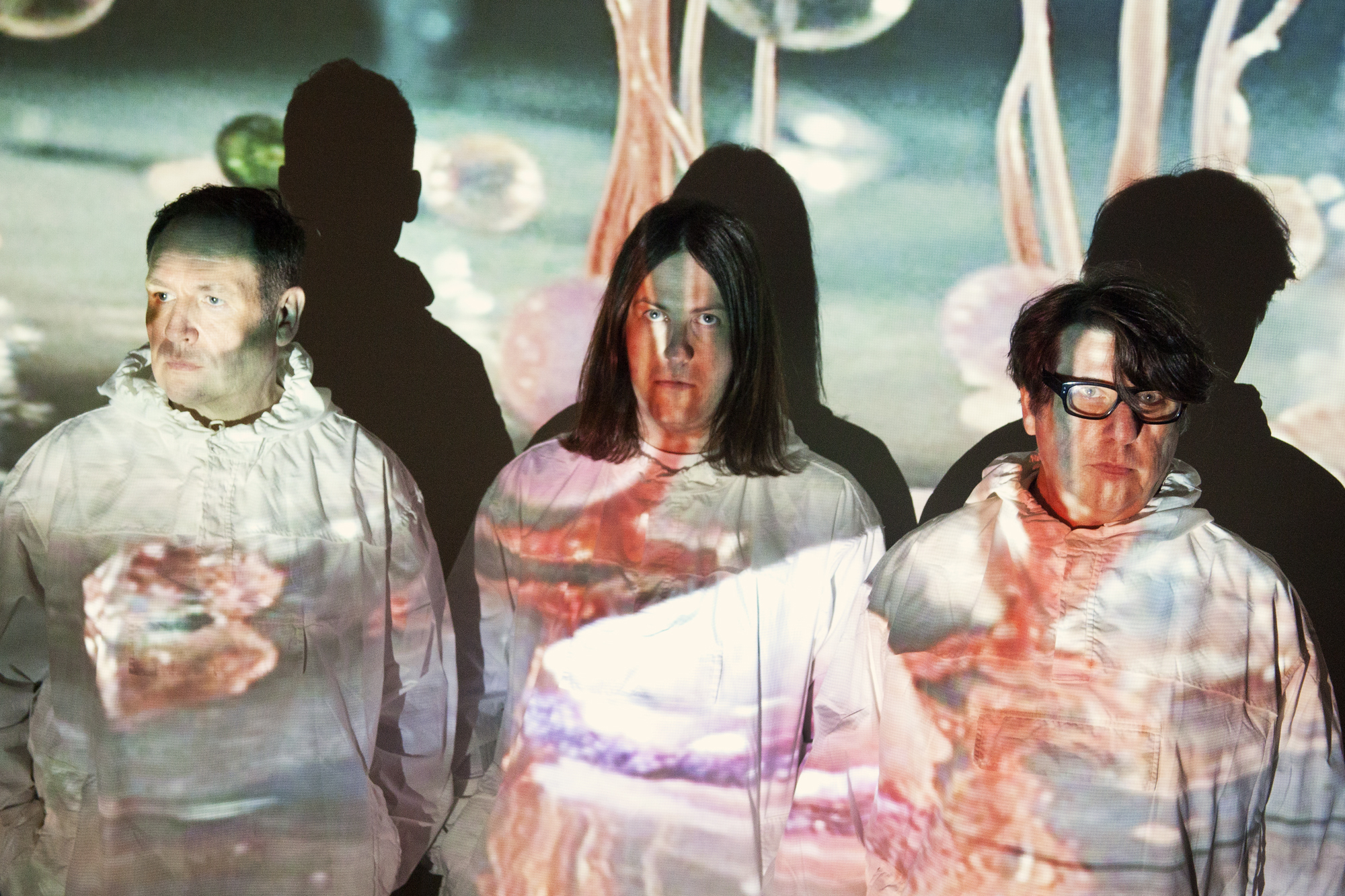 According to founding member Will Sergeant, ‘Poltergeist was formed in my head as a schoolboy in the 70s. Around that time my mind was awakening to music. I would dream of being Jimmy Page or some other rock god I had become aware of, mainly through the records of my mate’s big brother. My ridiculous dream of being in a band was just that, a dream’.

Now many years on after a good few solo musical adventures of an experimental nature. I was interested in being part of a working band. I remembered the name that had come up back then. It fitted well with the otherworldly nature of the ideas I had in my head. It is a German word and this is an unashamed nod to the likes of Can, Neu and Amon Düüll the greats of the 1970s Kraut Rock scene. Just as the name Pink Floyd is a nod to blues legends Pink Anderson and Floyd Council.

And along with Les Pattinson the original Bunnymen bass guru and Nick Kilroe the Bunnymen’s current drummer we began to build the ideas into an album. We have tried to get away from the familiar song structure of verse chorus middle eight etc. I want us to be able to soar to new and exciting areas of sound and song construction. We do not want to fence the project in the with vocal barbed-wire so to this end we are an instrumental band and are very happy about that.’

Poltergeist’s debut album ‘Your Mind is a Box (Let Us Fill It With Wonder)’ is released on 24th June on ‘92 Happy Customers’ via Proper Records.

Poltergeist – ‘Your Mind Is A Box’