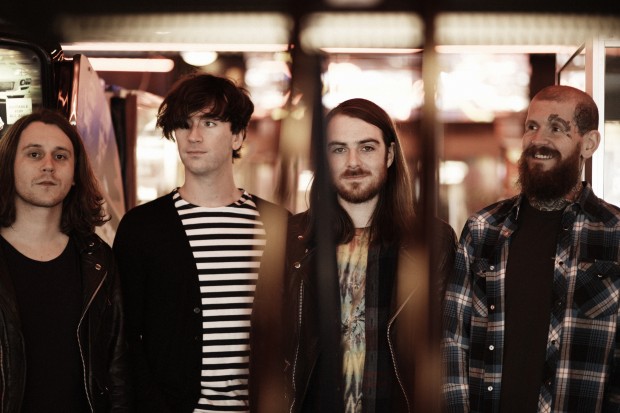 PULLED APART BY HORSES have revealed the tracklisting and title for their forthcoming third album. ‘Blood’ will be released on 1st Spetember and will be opened by the forthcoming new single ‘Hot Squash’.

The follow up to 2012’s ‘Tough Love’, it was recorded in the band’s hometown of Leeds with producer Matt Peel (Eagulls) and will be released on their new label Best of the Best through Sony/RED.