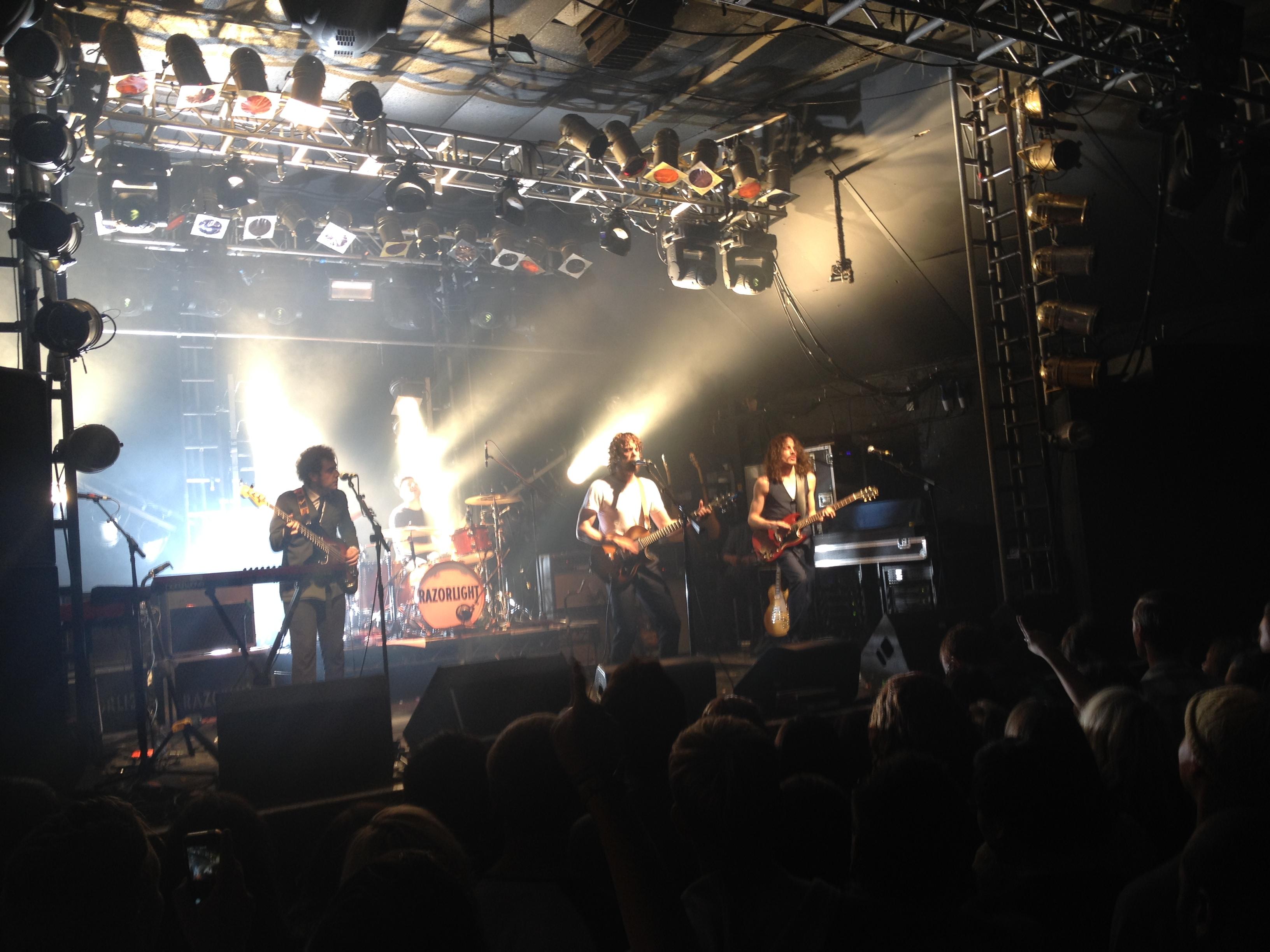 It has been 10 years since RAZORLIGHT emerged onto an already bustling scene with their first offering Up All Night and it has been 5 years since the band went their separate ways after topping the UK charts and selling millions of records. Since then it seems Johnny Borrell has transitioned from a self congratulating rock ‘n’ roll star; who once drove his motorbike through his girlfriend’s home, to a bohemian musician with a beard to match.

However Razorlight are back, at least for now, albeit with a new line up but still with Borrell at the helm. It should be noted, though, that the reappearance of Razorlight has more to do with Johnny Borrell’s future than past as he looks to fund his new outfit Johnny Borrell and Zazou.

Razorlight took to the stage; and without so much as a hello, entered straight into ‘In The Morning’.  However their approach didn’t in anyway feel arrogant or obnoxious as it may have felt in their heady days of glory. The capacity crowd needed no encouragement and when the band stopped playing midway through ‘Golden Touch’ there wasn’t a moment’s hesitation as the crowd took over, continuing on with enthusiasm.

Borrell barely spoke throughout the set instead choosing to communicate through his music, delivering an impressive 20 song set. One of the few times he did speak he mentioned that ‘Dalston’ was written for one of his friends, harking back to his time as part of that generation defining musicians including Barât and Doherty of Libertines

The encore commenced with a lone Borrell taking to stage with his guitar for ‘Fall, Fall, Fall’ much to pleasure of the awaiting crowd and was punctuated with a rousing ‘America’ but alas there was no ‘Wire to Wire’, instead the sell out venue were treated to the ‘In The Morning’ B-side ‘Black Jeans’ and ‘Hold On’.

Whilst Borrell and the rest of the original line-up may have moved on from their days in Razorlight, maybe tonight’s performance demonstrated that there is life in the old dog yet as a sold out gig ably demonstrated their continuing appeal. Perhaps this is more a reflection the lack in the supply of guitar led bands to satisfy a clearly present demand.

It would be unfair not to mention the excellent support from the melodic Furs and also the eclectic music of Hidden Charms, producing a set of exciting blues vibes that put a smile on the faces in the crowd.