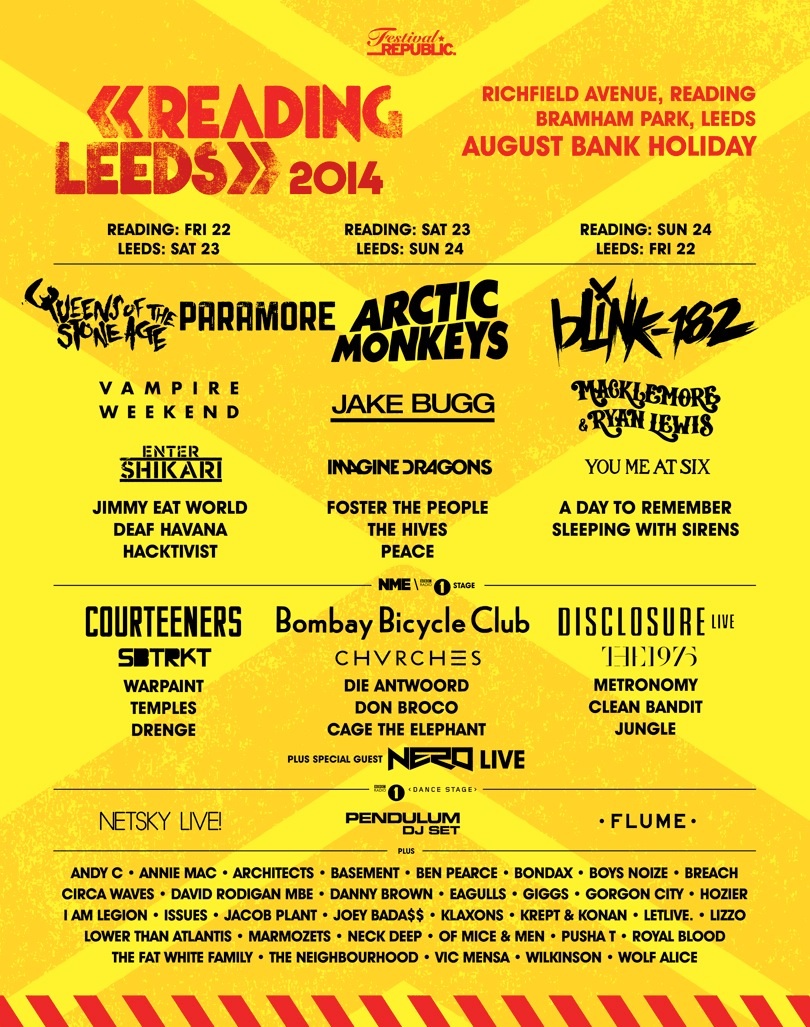 QUEENS OF THE STONE AGE and PARAMORE will join Artic Monkeys and Blink 182 as headliners for READING AND LEEDS FESTIVAL 2014.

The two headliners will jointly top the bill on the Friday at Reading before moving to Leeds on the Saturday. As part of the announcement, festival organiser Melvin Benn said there is the possibility the two bands would switch positions topping the event in either location.

The announcement also revealed the main Main Stage and NME/Radio1 stage acts; with Macklemore & Ryan Lewis, You Me At Six,  Enter Shikari and Foster the People all taking to the top stage.  Crouch End quartet Bombay Bicycle Club will headline the festivals Second stage; however their set will finish before Main Stage headliners Arctic Monkeys begin. Other acts on the festival second stage include Chvrches, Cage the Elephant and Metronomy. The three day, August bank holiday event will also see Vampire Weekend, Jake Bugg, Courteeners and Nero (live) perform.

Gates open to weekend visitors at 8am on Thursday 21st August, with full weekend-camping tickets priced at £210.50.