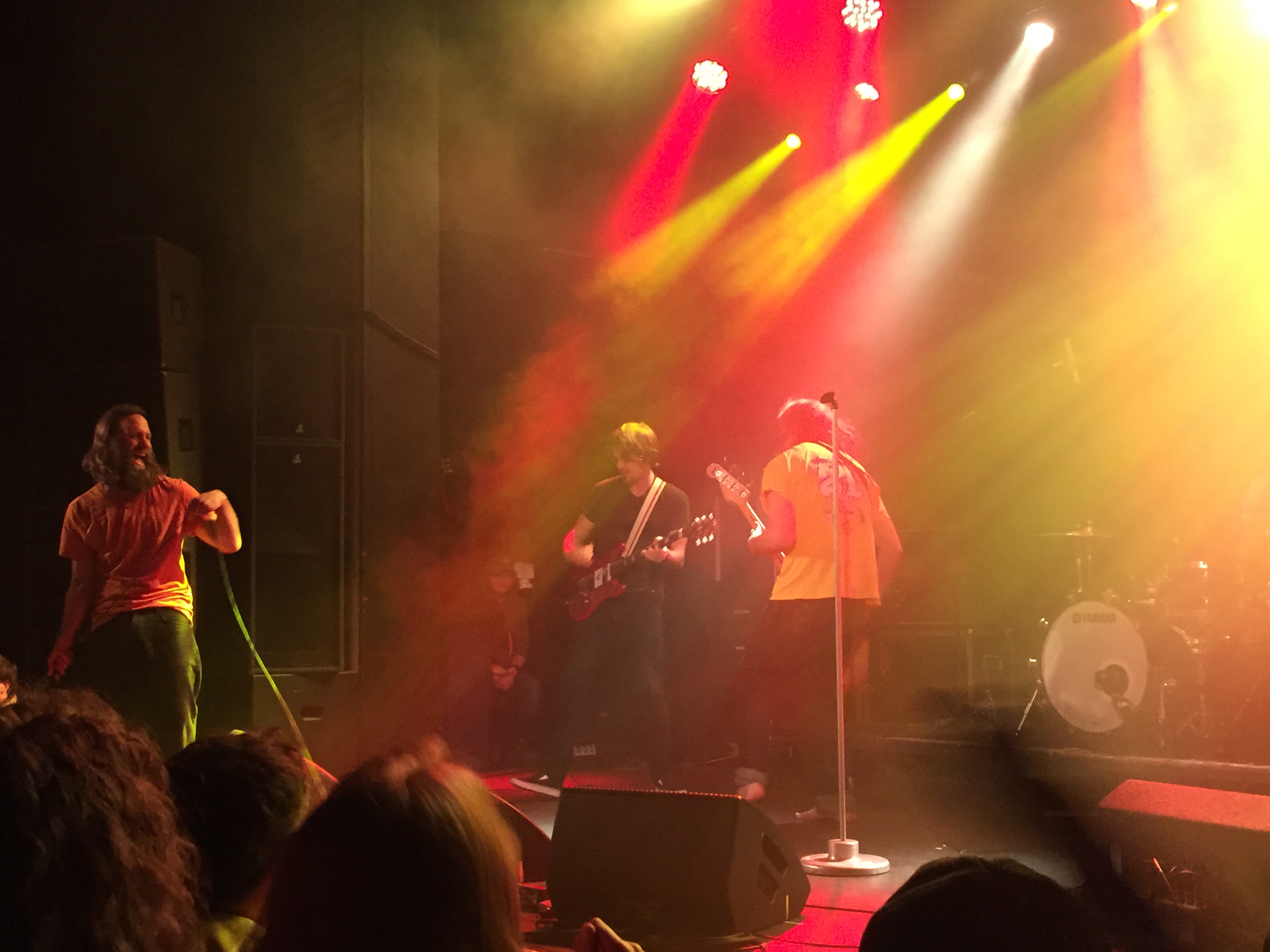 West Country rockers Reef are in the process of wrapping up their latest UK tour and are providing an evening of warmth and love as the temperatures outside decide what the heck they are doing. Saturday night in Manchester is by any means a party night, and this evening is no exception.

It can always be a hit and miss experiment to open a show with a brand new track, but somehow Reef have it just right. Opening with ‘Just Feel Love’, they warm the audience up just nicely. The bubbling rocky blues song showcases frontman Gary Stringer’s stunning and very much underrated rock vocals. Jack Bessant and Domonic Greensmith provide a heavy rhythm section and the track also allows us to formally greet new guitarist Jesse Wood (Son of Rolling Stones/The Faces legend Ronnie Wood).

Having reformed in 2010 and played a number of reunion shows along with a 20th Anniversary tour for debut album ‘Replenish’, Reef could have easily fallen in to the trap of becoming a nostalgia band. But the songwriting of Stringer and Bessant have paved way again for the band to knuckle down and be working on a brand new Reef album. Tonight we are treated to a handful of these new tracks; ‘First Mistake’, ‘Ball & Chain’, ‘Lone Rider’, ‘You Are So Cold’ and ‘Out of Control’ showcase a mix of heavy riffs and more gentle rock tones. The future looks incredible based on these samples tonight, they slot in to the setlist like firm favourites and if the audience reaction is anything to go by, Reef are set to give out one of the best comeback albums of recent years.

Along side the new material, it is however, the old favourites which evoke the party atmosphere. ‘Come Back Brighter’ never sound so apt. The rock funk of ‘Don’t You Like It?’ sees plenty of moshing from the mix of old and new fans in the audience. Jack’s bass turns to thunder as the riff for ‘New Bird’ tears through the venue and threatens to crack the ceiling open. ‘Higher Vibration’ gets an incredible reaction alongside ‘Stone For Your Love’.  ‘Mellow’ sees both Gary and Jack bring out acoustic guitars to the front of the stage for a sweet summery audience singalong. This is echoed later in the set with new song ‘Lone Rider’ before giving way to the beauty of ‘I’ve Got Something To Say’.

The first major crowd reaction comes early in the set when the opening riff to ‘Place Your Hands’ explodes. Take a moment to look around the venue when Reef tear through this song and you will not see a single person not moving, jumping or singing along. Memories of TFI Friday and the fact the band once had to beg audiences to stop changing the lyrics at gigs to ‘It’s Your Letters’ suddenly come flooding back. The main set closes on the duo of ‘I Would Have Left You’ which sees Gary come down in to the front rows of the audience, and finally closing on a stunning heavy version of ‘Naked’. Rock n Roll is hot, sweaty and rambumcious, tonight is a perfect definition of this.

Returning moments later for an encore, the band begin as they originally started, with a new song ‘Out of Control’ before giving way to a loud and vibrant rendition of ‘Yer Old’ and traditional set closer ‘End’. By this point, Jesse has proved himself as a more than worthy successor to original guitarist Kenywn House. Dominic has proved once againwhy he is a powerhouse behind the kit, Jack has destroyed us with some amazingly loud basslines and Gary has been the enigmatic, charming rock God he has always been. Reef are back, Reef are loud and Reef will be once more an incredible force to be reckoned with in the live arena.

Review and Photos by Glenn Rossington.