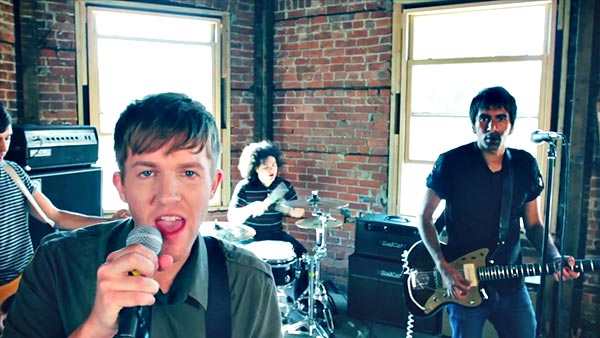 New Jersey alt-rockers SAVES THE DAY have been confirmed as support on the UK leg of Brand New’s upcoming April tour. The band will be promoting their recent, self-titled album, which is due for release on April 14th. This eighth record marks the band’s return to their first ever label, Equal Vision Records, which produced their debut, Can’t Slow Down, while the band were still in high school.

[quote style=’1′ cite=”]“Back then, I was just a kid, 17 years old and still in high school. Somehow, after our demo was rejected by all the other indie labels of the time, Steve from EVR called us up on a landline and asked if we’d like to make a record. We were in the middle of rehearsing some new songs in a basement somewhere in New Jersey, and we dropped our instruments and jumped up and down, excited and amazed. No way to know that when we got the call it was the beginning of what would be an incredible journey through the world of music and beyond. In retrospect, I can see clearly that without Steve and Equal Vision Records, there would be no Saves The Day. After all these years, I still hold holy gratitude in my heart for Steve and his faith in our music. Signing back to Equal Vision feels like coming home.”[/quote]

The tour is also expected to see Brand New play through two albums from their back catalogue in their entirety. Which albums have been chosen, however, would only be revealed on the night of the gig itself.

Brand New and Saves the Day will be playing the following shows: