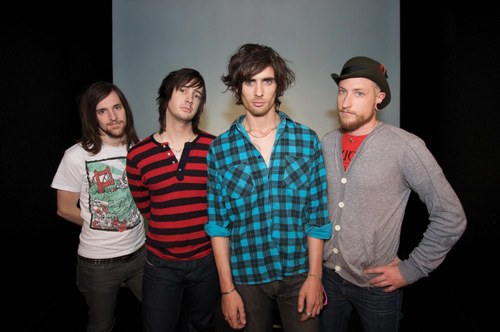 Multi-city festival SLAM DUNK FESTIVAL have announced the stage splits for artists. The three day events; held in Leeds, Hatfield and Wolverhampton across the Bank Holiday weekend (24-26 May) will be headlined by The All American Rejects.

Other acts taking to the main stage will be Mallory Knox, We Are The In Crowd, Motion City Soundtrack and Canterbury. Performing on the festivals’ second stage will see Kids In Glass  Houses headline; performing their debut album Smart Casual in full, with Hit the Lights, Real Friends and Neck Deep all supporting.

The three date touring festival will also host two special shows; in Scotland and Wales. The stripped down festival dates will feature performances by We Are The In Crowd, Hit The Lights, Neck Deep and Decade at both events. Due to the availability of the Cardiff University; the home of Slam Dunk Wales for two years, the festival has moved from the Newport Centre, with tickets remaining valid for the re-location.

[quote style=’1′ cite=”]Over the last 2 years, Slam Dunk Wales has taken place at Cardiff University. It was due to take place there again this year, but because of building work we were told the venue was unavailable. However, we have now been told it is available again. Due to this, we are moving Slam Dunk Wales back to it’s home at Cardiff University. Better transport links to Cardiff and the rest of Wales will also allow more people to attend the festival.[/quote]

The full announcement on stage splits can be seen on the Slam Dunk Festival website here; with tickets for all dates on sale now.