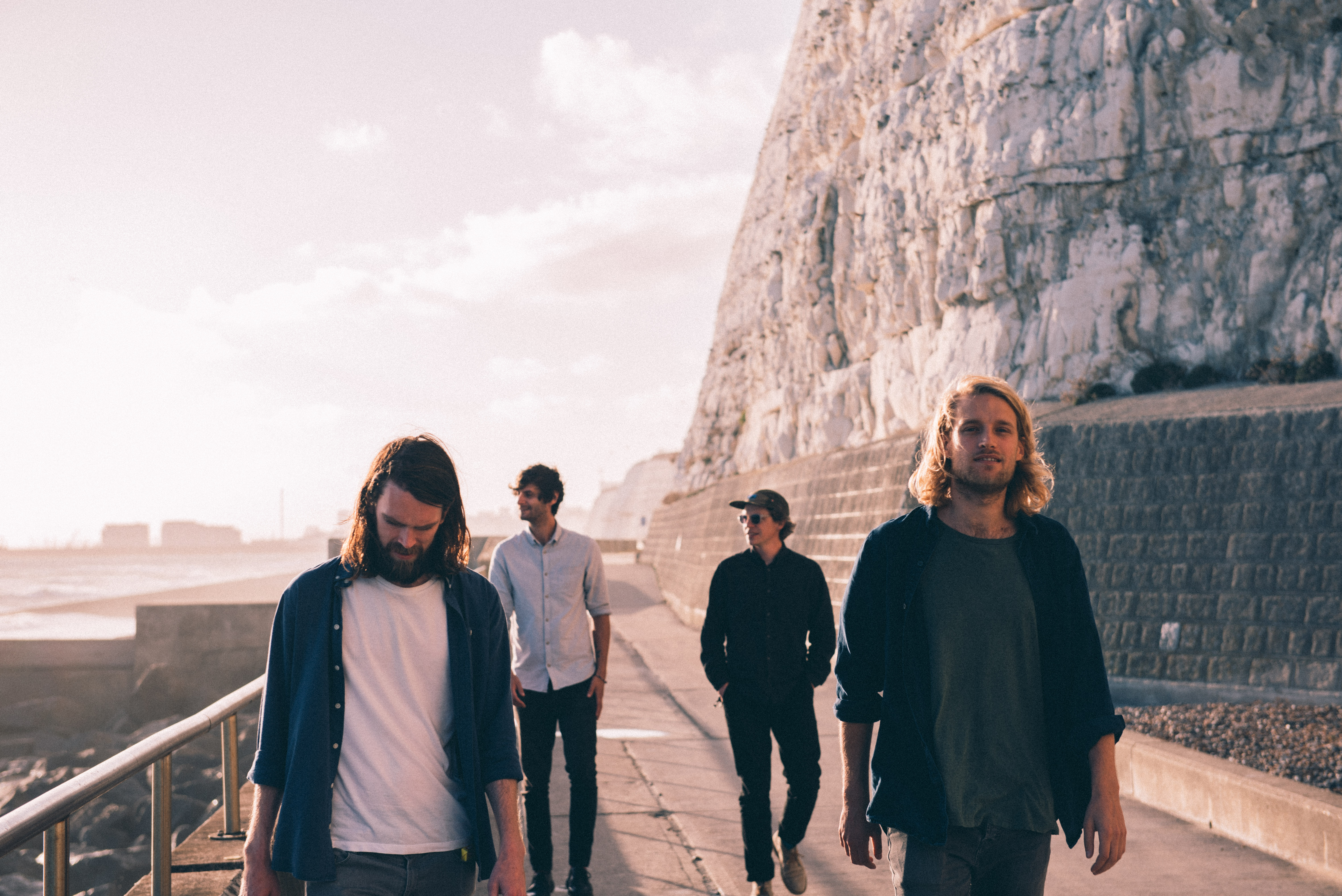 Today, Brighton’s Tall Ships are proud to present ‘Petrichor’, the new single from their much anticipated second album Impressions (which has been moved to a March 31st release date, due to manufacturing issues), arriving viaFatCat Records.

‘Petrichor’ serves as one of new album Impressions‘ greatest peaks, a hands-raised-aloft anthem preaching openness and dialogue – valuable commodities in the 2017 we’ve seen so far.  Speaking of the track, frontman Ric Phethean says, [quote style=’1’ cite=”]“It started as a collection of one-liners trying to distil the sense of detachment I was feeling at the time of writing. Whilst working on the song, I came across the word petrichor, which describes the scent you get after a downpour during a long dry spell. This felt like a pretty apt word to describe the song and that feeling of relief that comes with externalising and talking about all the problems we carry around within us.”[/quote]

New album Impressions is the result of a testing birthing process that cemented the band’s resolution to go their own way and be the captains of their own destiny.  Instead of going through the usual motions, the group – comprised of frontman Ric Phethean, bassist Matt Parker, drummer Jamie Bush and keyboardist Jamie Field -opted to go it alone, taking command of every element of their art: retreating to Field’s home on the edge of Dartmoor, they adopted a similarly DIY recording process to that which birthed Everything Touching years earlier. “We recorded and engineered it all. The DIY nature of it is one of necessity, not aesthetic,” says Field.

What emerged speaks for itself.  Impressions bristles with a fresh intensity: it’s a set that feels constantly on a knife edge of unpredictability, capable within a single song of being both disconcertingly tender and universal – easily the most ambitious and anthemic music the band has ever written (most notably see ‘Petrichor’, ‘Meditations On Loss’ and ‘Will to Life’), marking them out as one of the UK’s most promising rock bands, but one worn with the battle scars of doubt, fragility and lessons learned the hard way.

Looking back on the new album’s difficult conception, Impressions feels a particularly befitting title – Parker views it all as being strangely necessary to what this record would become; “If someone had just come to us and given us the money to make a second album right away, it would’ve been completely different. It’s a product of everything that’s happened over the past four years.” Listening to it now, what shines through is just how truthful a document of strife and struggle it is, not just for four young British musicians, but for a whole generation facing greater uncertainty and bigger decisions than in decades.

Pre-orders:  Get Impressions CD/vinyl bundles here, and pre-order via iTunes.