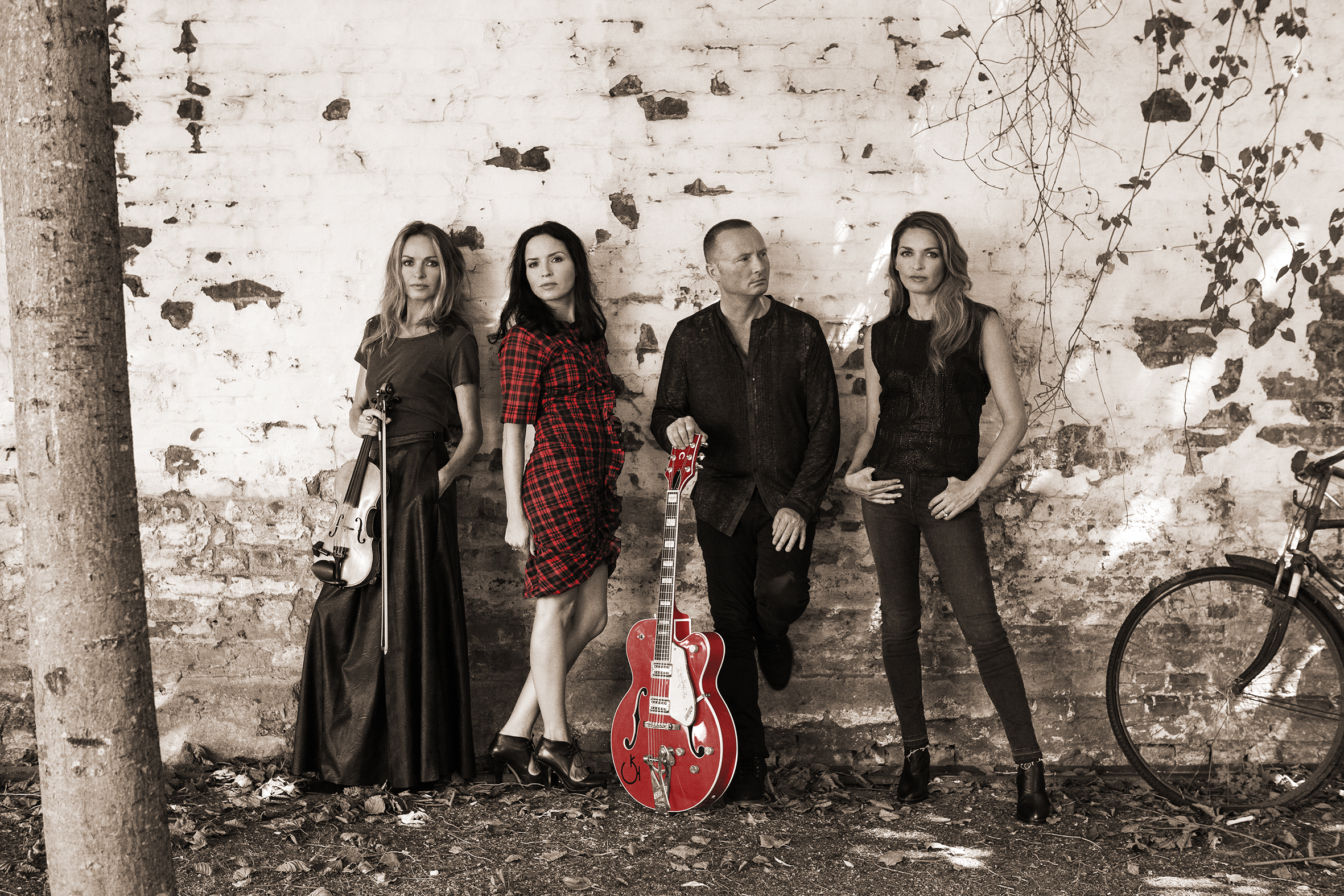 The Corrs are back with a wonderful new album, ‘Jupiter Calling’, produced by T-Bone Burnett and released on November 10th on East West Records. To celebrate the band are returning to The Royal Albert Hall 19th October for what promises to be a very special night.

Twenty years on from the release of their all conquering second album ‘Talk On Corners’, and two years after their acclaimed Gold album ‘White Light’, The Corrs return with an album that is ambitious, earthy and outspoken: an album guaranteed to earn them renewed respect as musicians, songwriters and trailblazers.

The Royal Albert Show will be in two halves and have an interval. Tickets for the show will be on general sale Friday 15th September from 9am. You can pre-order the album and gain pre-access for early bird tickets HERE

“The most freeing experience we’ve ever had in the studio” is how Caroline describes the making of ‘Jupiter Calling’ at London’s RAK studios. T-Bone had the band play live with minimal overdubs accompanied by bassist Robbie Malone (David Gray) and longtime guitarist Anthony Drennan (Chris Rea, Genesis, Clannad) and insisted that the studio source 40 spools of rare two-inch tape and a 1966 Ludwig drum kit.

The results are staggering and will delight their fans while earning admiration from a whole new audience.

T-Bone says: [quote style=’1′ cite=”]“I love The Corrs’ deep, generous spirit, I love their writing and their singing and their playing. I love the people of Ireland – their music, their literature, their art- and The Corrs are the most soulful exemplars of that mystical land.”[/quote]

If that sounds like a love letter to The Corrs, the feeling was mutual from vocalist Andrea, multi-instrumentalist Jim, violinist/vocalist Sharon and drummer Caroline.

At the heart of ‘Jupiter Calling’, their seventh album, is ‘SOS’- Song of Syria- the most politically outspoken and evocative song The Corrs have ever recorded.

“One of the biggest moments for me was when we first played T-Bone ‘Son of Solomon’” Andrea says of the stunning album opener that sets the tone for this impressive collection. “He said ‘Okay, don’t play that any more’. When you’re on the verge of knowing something you’re much better than when you know it too well. And he was right. That’s when the magic happens”.

That magic is alive and kicking within the grooves of the 13 brand new songs that make ‘Jupiter Calling’ one of this year’s most exciting releases.