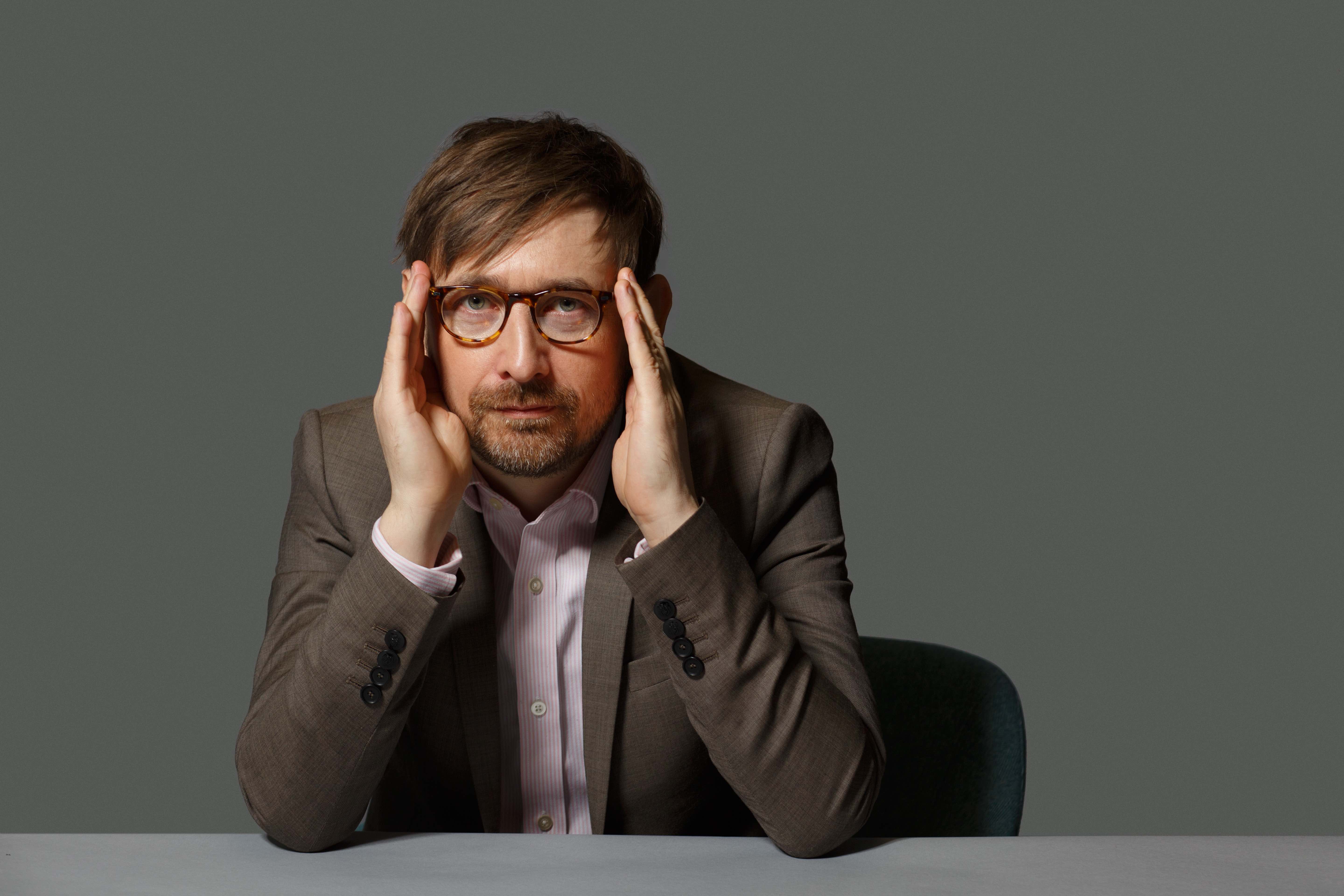 In the lead up to his highly anticipated UK tour, Neil Hannon, aka The Divine Comedy, unveils a stunning combined animated video for new double A side ‘Infernal Machines’ and ‘You’ll Never Work In This Town Again’. The tracks come from the acclaimed ‘Office Politics’, Hannon’s highest charting album (#5) that was released earlier this year, spawning appearances on shows across BBC Radio 2, 6Music, Radio 4, ITV & BBC Breakfast amongst others.

The two tracks illustrate Neil Hannon’s diversity as a songwriter. The industrial glam of ‘Infernal Machines’ and the murky Latin syncopations of ‘You’ll Never Work This Town Again’ both expertly comment on the reluctance to fully place our lives in the hands of technology.

“These two songs really are at the very heart of what I was trying to do and say on ‘Office Politics’. Lyrically; that I’m not greatly enamoured of our rush to hand over our world and our lives to technology, and musically; that I would use all means at my disposal to properly frame these ideas.”

The double A side comes accompanied by a superb animated video directed by Mathieu Persan, who says; “Between the lyrics and the versatility of the music style, there was so much to be inspired by. The themes involved have really fascinated me for a long time, and despite being rather pessimistic about the future, I wanted to carry a message of hope. I think the whole movie is just a praise for a more simple life, a bit further from technology and closest to nature.”

The single will be released digitally and as a limited edition 7” and arrives ahead of an 11-date UK and Ireland tour this month which includes a must-see show at London’s Eventim Apollo on October 17th. Ticket links can be found at the bands’ website.