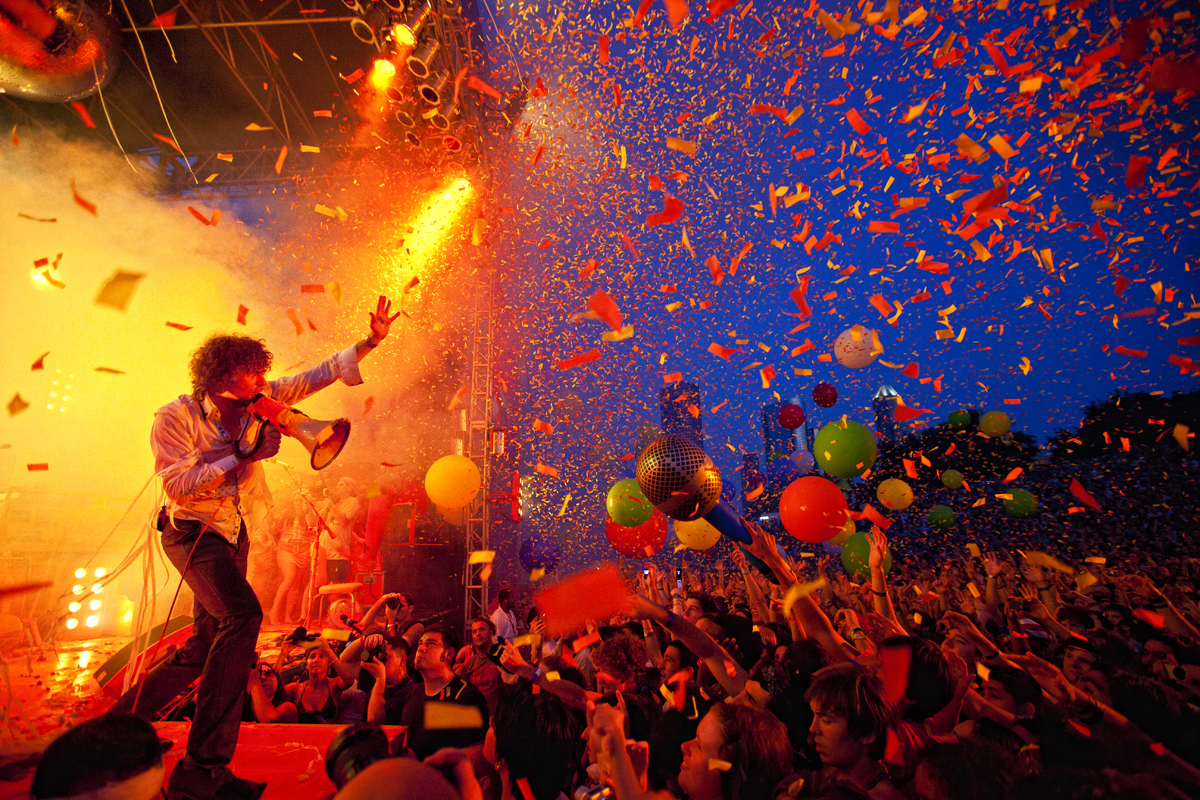 THE FLAMING LIPS remake of The Beatles’ album ‘Sgt Pepper’s Lonely Hearts Club Band’ is set for release on 28th October. The tribute album, entitled ‘With a Little Help From My Fwends’, features a version of ‘Lucy in the Sky With Diamonds’ which sees guest appearances from Miley Cyrus and Moby.

In addition they have recruited artists including MGMT and Tame Impala for the project, and Cyrus also features on ‘A Day In The Life’. Steven Drozd of The Flaming Lips previously hinted that frontman Wayne Coyne was contacting Phantogram and Foxygen to contribute to the album.

‘With a Little Help From My Fwends’ will be the latest record in The Flaming Lips’ project of covering classic albums in full, having previously covered The Stone Roses’ debut album as well as King Crimson’s ‘In The Court Of The Crimson King’.

Miley Cyrus was recently joined by Wayne Coyne and Steven Drozd of The Flaming Lips for a performance of ‘Lucy In The Sky With Diamonds’ by in Manchester. Coyne and Drozd also recently joined Cyrus during her gig at LA’s Staples Center for a rendition of their classic song ‘Yoshimi Battles The Pink Robots, Pt 1’.