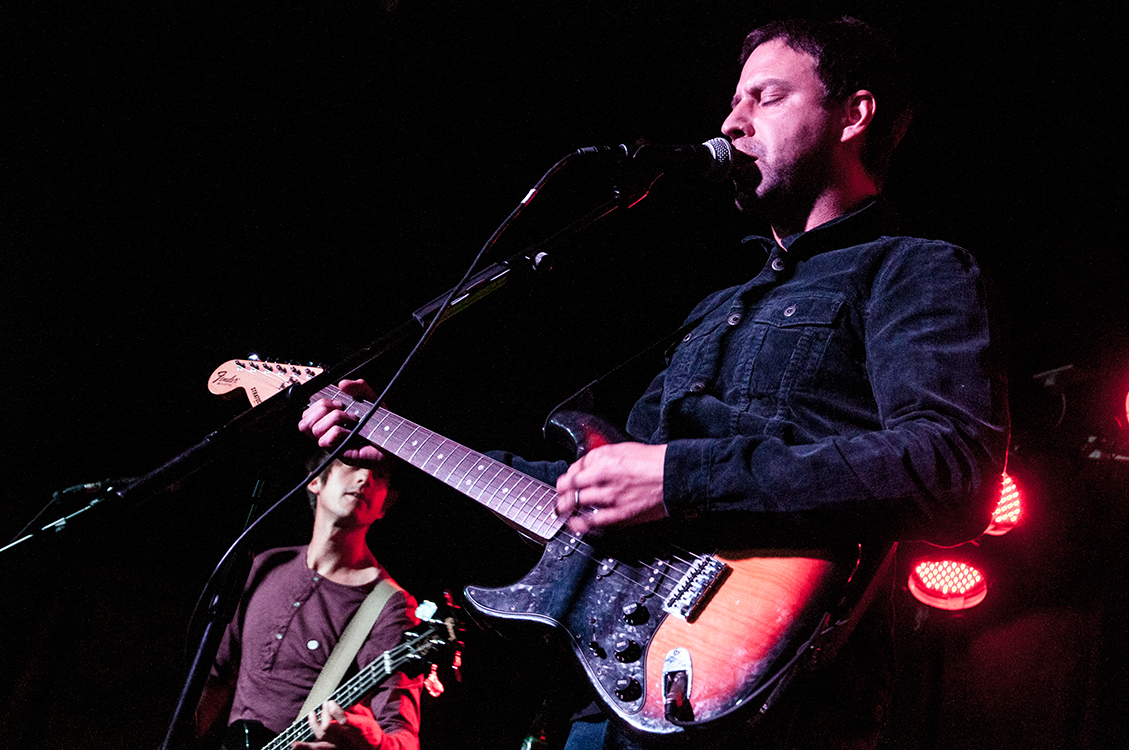 Every once in a while, a music genre tends to get a bit of a revival. We’ve seen it with the 80’s over the last couple of years with the recent influx of bippity-boppity sounding tracks riding high in the charts. But it seems that there could be a drive back towards guitar music.

Tonight in the intimate Slade Rooms hidden in Wolverhampton’s side streets, Mod influenced group The Rifles are touring their recently released fourth album ‘None The Wiser’. Cue a room full of staprest trousers, Fred Perry tshirts and smart shoes… not to mention the dynamite haircuts famed by countless Weller-devotees.

There are not one, but three support acts tonight. Starting with the wonderful talent of Leicester-born singer-songwriter Jersey Budd armed with just an acoustic guitar, he criminally plays a fantastic set to just a handful of people who have come down early. Next up is the cheeky scamp of Southampton singer, Sean McGowan. He introduces himself as “Funnier than Alister McGowan, but not as drunk as Shane McGowan”, he wins over on that line alone. With a crowd slowly beginning to build, the acoustic troubadour’s set is reminiscent of Jam era Weller crossed with the punk attitude of Joe Stummer. Finally, Nottingham’s own The Swiines arrive next and we get the first slice of full band, indie/mod tunes to lift the lid off the small venue. By now the room is pretty packed out and full of atmosphere.

The Rifles arrive and manage to blast through a 21-song set with absolute ease. Having been on the scene since early 2005, they are hardened at the live performance. Needless to say they perform flawlessly. Early highlights of the set include gems such as opener ‘Go Lucky’ from the latest album and ‘Robin Hood’ from debut record ‘No Love Lost’.

The first half of the set manages to fly by, the room is swaying, banter is kept to a minimum and the music is left to speak for itself. The front rows, well the front third of the venue seem to be bouncing around to great delight at every track performed. Frontman Joel Stoker oozes confidence with his honed vocals and left-handed guitar licks. Lucas Crowther on lead guitar stands effortlessly in a hat, shades and cravat slicing through the air with solo after solo. The first half ends on a frought and speedy verion of ‘The Hardest Place To Find Me’.

Popping the electrics down for a moment, the band move to the front of the stage for a small acoustic section. ‘Spend A Lifetime’, ‘Rock The Boat’ and ‘Coming Home’ are stripped right back and causes the enthusiastic crowd to not only sway, but sing the lyrics back note perfect. Feeling as if we have stepped into a Libertines gig, there is then a rousing heavy version of ‘Toe Rag’ as we get the show back in to full flow.’You Win Some’ ends the set and sees the band dive off stage for only a few seconds before returning for a 3-song encore.

‘One Night Stand’, ‘Romeo & Julie’ and a final ‘Over & Under’ prove why this band is an exciting live act. There may be a small guitar revival going on in the underground at the moment, this is how a band should be. Performing a flawless set with enthusiasm, confidence and diversity to keep the casual and hardcore fans happy.