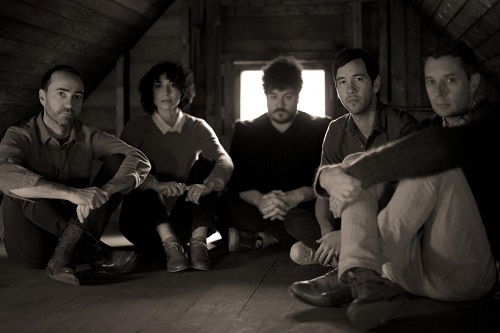 THE SHINS have unveiled a video for a new song from their forthcoming fourth album Port Of Morrow. The clip, which you can watch by scrolling down and clicking below, is entitled ‘Bait And Switch‘. It shows James Mercer’s band in a rehearsal studio in a log cabin-esque building in Portland, Oregon.

The Shins are due to play two concerts at London’s HMV Forum on 22nd & 23rd March. The shows will be the band’s first in the UK for four years and come just days before they release ‘Port Of Morrow’ on 20th March. Since the band’s last album Mercer teamed up with Danger Mouse to form the band Broken Bells in 2009.

The tracklisting for ‘Port Of Morrow’ is:

You can watch the video below: