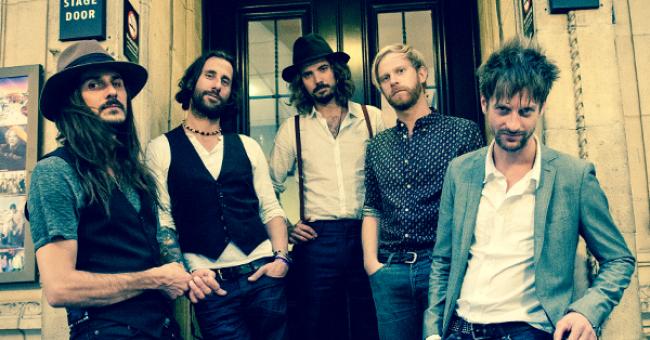 London based rock ‘n’ roll band, The Temperance Movement, have announced UK tour dates this Autumn to follow the release of their self-titled debut album on 16th September. An interactive album teaser is available here: YouTube. The Temperance Movement November tickets go on-sale 9am on Friday 9th August and are available from www.livenation.co.uk or www.ticketmaster.co.uk.

Guitarist, Paul Sayer comments: “This September after the release of our debut album we’ll be heading out on tour to play it live. The reaction on our last tour was incredible – at that point people had only heard our EP, so we’re excited that this time we’ll be playing to people that have heard the whole album! We start with a couple of weeks in the UK, then we’re heading to Europe for a month before coming back to finish off at KOKO – looking forward to seeing you on the road!”