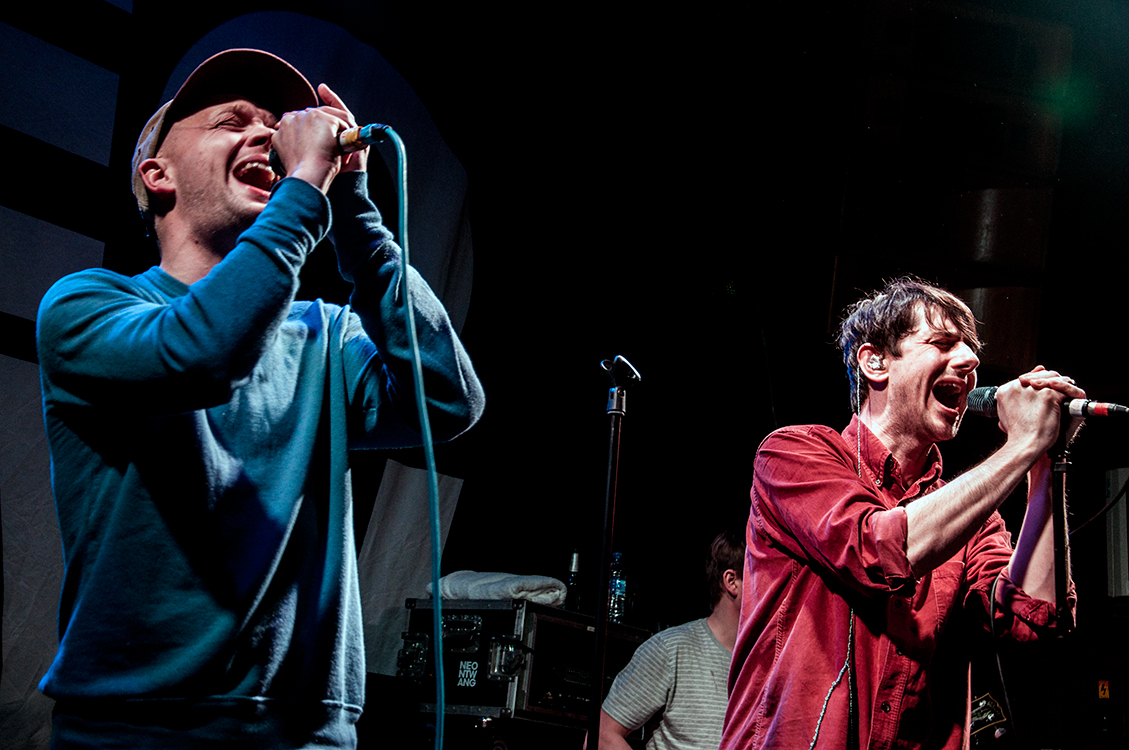 Brummie exports THE TWANG made a short venture north of their homeland to the Staffordshire city of Stoke on Trent for a rather intimate show in support of forthcoming new album ‘Neon Twang’. The band led by frontman Phil Etheridge arrived on stage amid cheers and launched straight in to a lively version of current single Larry Lizard.

Taking on dual vocal duties with cohort Martin Saunders, the pair seemed to be in a rather joyous mood which was spurred on by the more than up for it Stoke crowd. Seguing straight in to former single We’re A Crowd, the party didn’t halt with the majority of the audience joining in with a full chorus.

Showcasing a wealth of new tracks from the forthcoming album, the band have never seemed more confident in their output and performance. Taking the artwork and stage set up back to a simpler and more effective vision, the emphasis is clearly on the music which sounds great. Highlights of the new material included New Line, Step Away and Sucker For The Sun. All slotting in nicely alongside the set stalwarts and welcomed by many of the fans here tonight.

Old classics seemed to elevate the room, the reception for Barney Rubble was ecstatic, seeing many of the packed out dancefloor bouncing and swaying all around. Mainline and Ice Cream Sundae saw the older fans enjoying themselves just as much as the newer as everyone was accepted at this party.

One of the biggest cheers went for the sublime Either Way backed up with Two Lovers. Both sounding epic and causing a mini mass hysteria from the lads in the crowd tonight. It was these that started to cause a little friction in the front rows as Wide Awake had to be restarted twice whilst Phil asked everyone to calm down. Upon starting a second time, the band were forced to halt again and leave the stage due to safety fears. Normally this would cause a tense reaction from the crowd, but everyone seemed to see the issue at stake and took a few minutes to sort themselves out.

The encore restarted with Wide Awake finally getting a full performance. The majesty of The Wobble slunk around the room and made sure everyone took a moment to chill out and groove with the funky rhythm. To close the night we were treated to a fine rendition of Cloudy Room. This saw everyone singing and dancing in a sensible manner. Don’t ever say that going to see The Twang will be boring, you’re missing out on a full party!