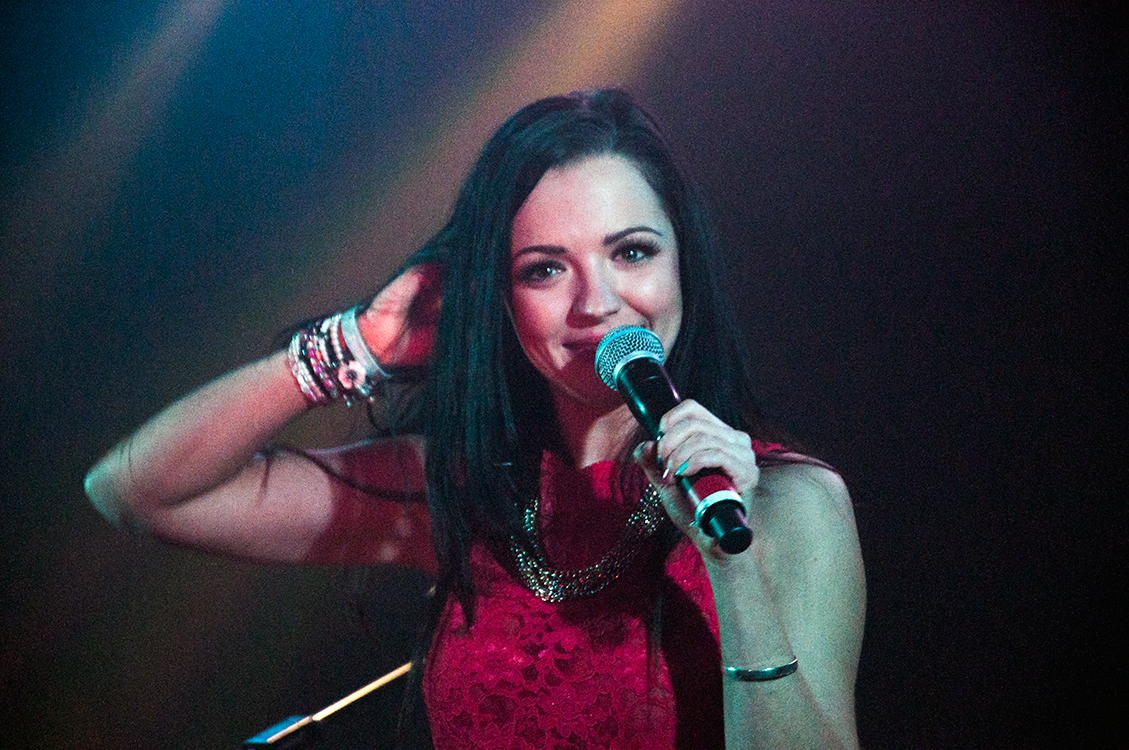 It’s not very often that you can say you spent Valentine’s night in the company of a sweet starlet who does nothing but serenade you with songs and make you feel a bit better inside, but that’s exactly what happened to around 250 people on a rainy night in Birmingham.

Tich’s career has been slowly building momentum over the last 12 months thanks to support slots with the likes of Olly Murs and more recently, James Arthur. Tonight, just a few of those Midlands’ based fans packed out the incredibly intimate Temple venue in deepest Digbeth to come and be serenaded before she disappears on to the bigger stages.

Kicking off proceedings were the warm vocal talents of Mike Dignam. An acoustic troubadour accompanied by his trusty drummer Charlie Kenny. He certainly got the pulses of the young ladies in the room a flutter as some of his vocals became drowned out but insessant screaming. On the musical front, his songs seemed very well crafted and his interaction with the audience was great. It certainly all added to the building atmosphere awaiting Tich’s arrival.

A little after 9pm, the beying crowd were awarded with their prize. Tich walked on stage complete in a red dress and carrying a single red rose. She launched into an excited version of Little Red which got the majority of the fans singing along word perfect. With the venue being so intimate, Tich was able to reach forward and interact with the audience easily. During the track she handed her rose to a fan whilst also accepting gifts from others.

Tich’s interaction with the audience was of a high level and certainly helped to expand the 13-song set into nearly an hour and 20 minutes. At one point a conversation was had from the stage with an audience member about shoes…! Tich’s vocals though are not to be sniffed at, she certainly doesn’t need any autotune and not only that, she crafts her own songs and is an accomplished pianist. The latter coming to the fore during a solo rendition of James Arthur’s Recovery segued into Little Mix’s Little Me. Both of which were a set highlight purely for the sheer perfection of her voice and playing ability.

Of her own material, she is a very good wordsmith. When It Was Beautiful written for a friend who lost their life was a very touching story of love and loss, and when listened to, the words would begin to crack the hardest of souls. Little By Little has almost become an anthem for Tich, an ode to stand up against bullying and abuse from all ages. A strong dance element propells the song along and gains the audience again singing along word perfect.

Forthcoming single Breath In, Breathe Out (written with Nick Jonas) is a stonking set closer. With the right backing, this will bring Tich in to the limelight. For a song that hasn’t been released yet, once again, the fans knew the track word perfect, singing them back to the petite singer who seemed visibly taken aback by the response. Before the song had finished, Tich blows a kiss and bids us all farewell leaving her band to close the set.

The call for an encore feels like she hasn’t left the stage with a rather amusing chorus of “We want Tich” echoing around the walls. Her band return and begin the beats to Never Mind as she walks back on stage and launches in to an escalated vocal attack. The whole room is bouncing around now in sheer adulation for the entertainment being given to us. The show properly ends on a rendition of Tich’s debut single Dumb. This leads the youngsters at the front to “go wild” singing and bouncing along with vigour that impresses even the sternest of faces in the venue. Tich’s smile radiates the room as she lets the audience carry the chorus. As the song ends and Tich takes her final bow, waves goodbye and leaves us wanting more.

Say what you want about pop, but when it is done right, it can be very very good. Tonight was the latter. Tich may still be relatively unknown to the masses, but her brand of pop will be recognisable before the year is out. Especially with backing from the likes of Olly Murs, James Arthur and Nick Jonas, she is sure to go far. Remember that smile though, the smile is the gateway to the warm summery vocals you will become familiar with before too long.