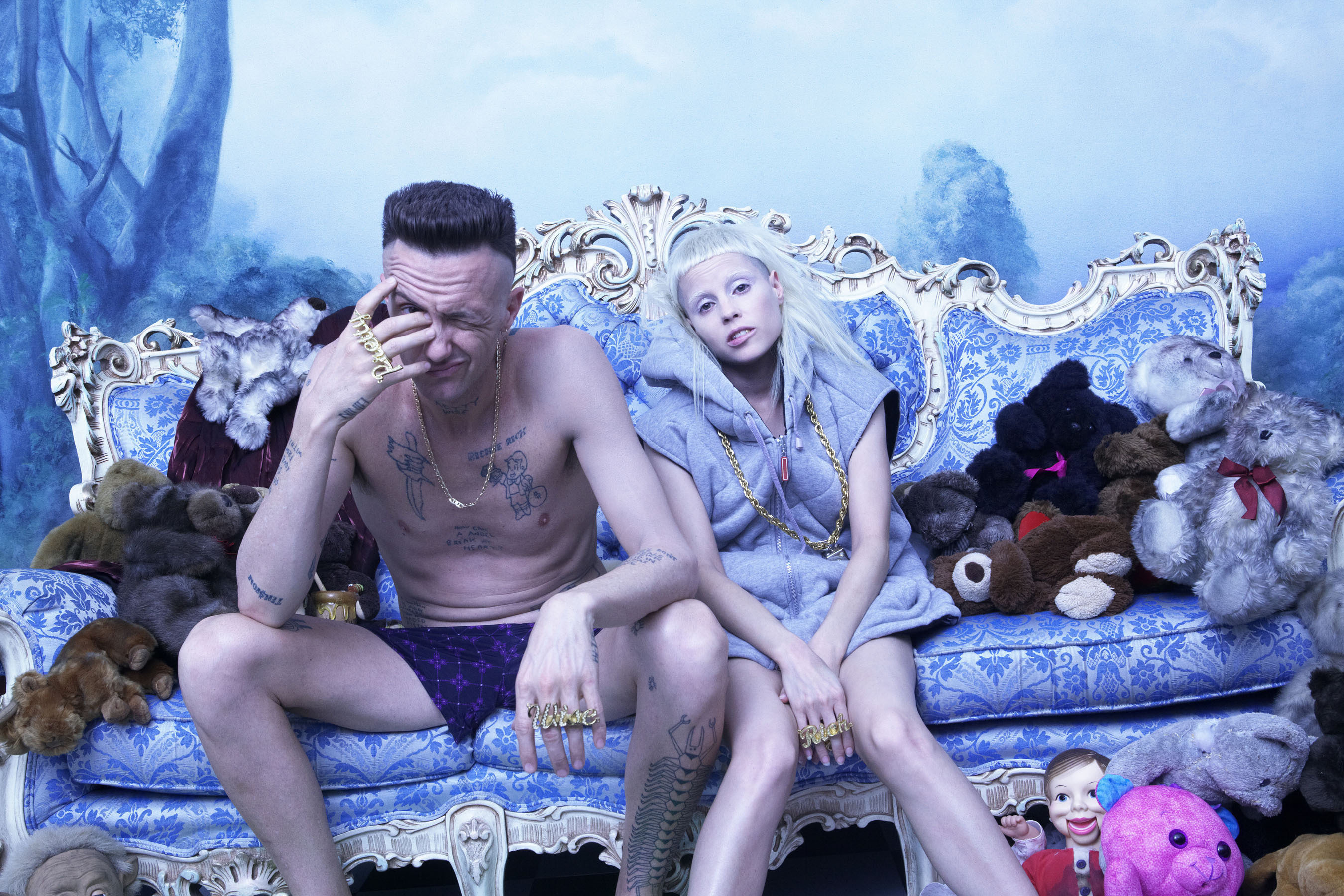 DIE ANTWOORD have unveiled the video for their new single Pitbull Terrier, a track taken from the follow up to 2012’s ‘Ten$ion’.

Formed in 2008, the rave rap duo, consisting of Ninja and ¥o-Landi Vi$$er, have lost none of their viral appeal since their last album, posting the new video, directed by Ninja, online on Tuesday.

Pitbull Terrier features Ninja with a terrifying prosthetic canine mask, surrounded by kinky cats as he mauls, humps and generally terrorises members of the general public before jumping out of a window, and being brought back to life by spit.

The single is the latest taken from ‘Donker Mag’, their third album, which will be released through their own label Zef Records on 3rd June. The LP features previous single Cookie Thumper!, and new tracks such as Happy Go Sucky Fucky, Raging Zef Boner, Girl I Want 2 Eat U and Sex.

Die Antwoord will make their only UK festival appearance at Reading and Leeds this year.

The full tracklisting for ‘Donker Mag’ is: